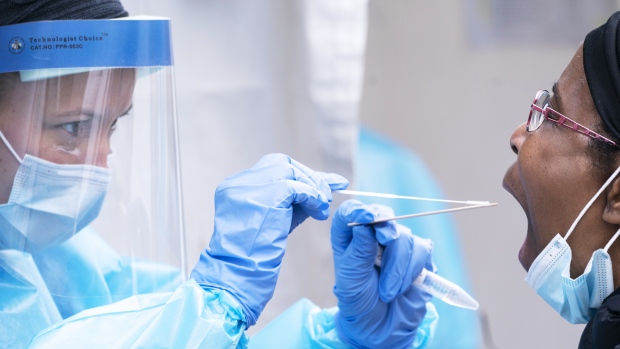 TORONTO — Ontario’s decision not to test asymptomatic people for COVID-19 infections is a policy that the province should consider changing and soon, a Toronto-based infectious disease specialist said.

The provincial government recently announced that it would be opening up testing to all people experiencing symptoms of the virus, a directive Dr. Isaac Bogoch suggests is long overdue.

“That seems like the obvious thing to do,” Bogoch said during an interview with CP24 on Thursday morning. “Before people were getting turned (away) from diagnostic testing centres because they might not have met the criteria.”

Bogoch, an infectious disease expert and researcher based at Toronto General Hospital, noted that other provinces have started to test asymptomatic people and the results have been illuminating.

“I’m not sure if it is a capacity issue or if it is just a sluggish policy issue or something in between but we are not doing that yet in Ontario…I hope that changes soon.”

At the beginning of the pandemic, Ontario lagged behind every other province in the country when it came to per capita testing and after ramping up capacity to approximately 20,000 tests per day, the province is once again reporting low testing numbers.

On Tuesday, only 7,382 tests were conducted and only 5,813 were processed on Monday. At the same time, an additional 390 new cases of the virus were reported on Tuesday and 427 were confirmed on Monday.

Dr. David Williams, the province’s chief medical officer of health, previously suggested that the low testing numbers were the result of fewer people showing up to assessment centres due to the long weekend.

Premier Doug Ford, who said he was a little “shocked” to see testing numbers drop down again, has vowed to bump them back up.

“We are going to ramp up the testing like this province has never seen,” Ford said at Queen’s Park on Wednesday. “I’m going to be all over this testing.”

Bogoch said the province will need to make improvements before continuing to ease public health measures.

“I certainly think… we are going to need rapid expansion of diagnostic testing and of course contact tracing in order to really ensure we can lift the public health restrictions safely,” he said. “We certainly need to improve on those fronts.”