Obtaining the Campaigns list from the server has failed!
Server response:
CM Ad cahger Server plugin is not active on https://legendarygroup.co/admanager/
You Are Here Home Health News Ontario to pilot at-home COVID-19 testing for students and staff at certain schools 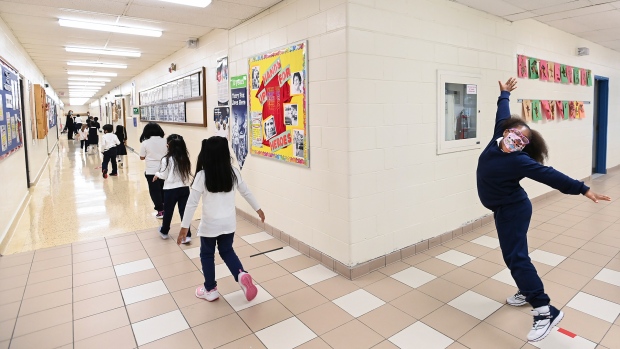 TORONTO — Vaccinated and asymptomatic students and staff in certain Ontario high schools who are exposed to COVID-19 through an outbreak or cohort will be given an at-home test as part of a pilot project set to begin next month.

A memo from the deputy minister of education sent to directors of education says the pilot is scheduled to run from Sept. 7 to Oct. 29 at targeted schools in 13 public health units across the province.

The document says, however, that participation in the program is voluntary, and students will not be required to disclose their vaccination status in order to receive a testing kit.

It says completed and packaged test specimens are to be dropped off at the schools, where they will be picked up by a courier.

The memo says high schools were chosen based on the local public health situation, including vaccination rates and recent data on COVID-19 positivity rates.

Among them are schools in the Peel Region, Windsor-Essex, Niagara Region, Eastern Ontario and other health units.

“We are doing everything possible to keep students in class, including offering new testing options that are more convenient and accessible for students and families,” Education Minister Stephen Lecce said in a statement.

“Following the advice of Ontario’s Chief Medical Officer of Health, our government is making more low barrier testing options available — including take-home tests for many high school students — part of our plan to reduce absenteeism and keep kids learning in-class.”

Meanwhile, Ontario reported 486 new cases of COVID-19 on Tuesday, most of them among people who are not fully vaccinated or whose vaccination status is unknown.

Health Minister Christine Elliott said those account for 372 of the new cases, while 114 of the new infections were in people who are fully inoculated with two doses of a vaccine.

The province also logged 18 new deaths from the virus, though it said 16 of them occurred more than two months ago and were being counted now because of a data cleanup.

Provincial data show 295 people were in hospital due to COVID-19, and Elliott said 286 of those are not fully vaccinated or have an unknown vaccination status.

The province said another 156 people were in intensive care because of the virus, 149 of them not fully vaccinated or with an unknown vaccination status.

Elliott said slightly more than 82 per cent of Ontarians over the age of 12 have received one dose of vaccine and just over 75 per cent have received two.

This report by The Canadian Press was first published Aug. 24, 2021.