You Are Here Home Health News Ottawa beefing up suicide prevention services, but 3 digit hotline could be more than year away 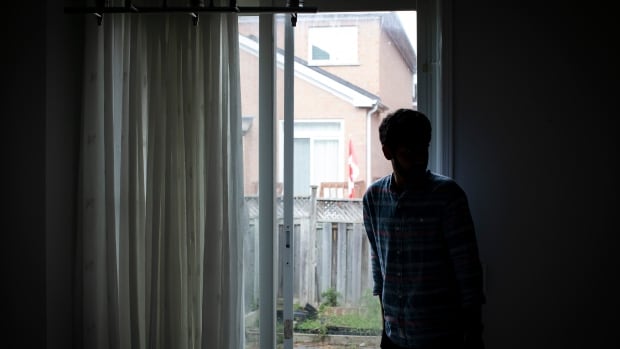 While the ongoing stress of the pandemic has taken a toll on the mental health of some Canadians, advocates working on a national, three-digit, suicide prevention hotline say it could still take a year or two to launch.

One expert involved in the project described the process of setting up the new service as “a long road.”

“We’ve been given the indication that it will take a long time; in the range of a year to two years,” said Dr. Allison Crawford, the Chief Medical Officer for the Canada Suicide Prevention Service, which currently offers supports to Canadians in crisis.

That’s faster than in the United States, where the process of setting up a national 9-8-8 number has been pegged at four years. Despite the political will to get the job done, and the federal funding behind the Canadian initiative, it can’t simply be completed in a few months, she said.

While everyone involved is aware of the urgency of creating mental health supports, “there’s a balance between all of the steps that need to happen and the recognition that there is a need for this,” said Crawford, who is also a psychiatrist at Toronto’s Centre for Addiction and Mental Health (CAMH).

The goal of making existing crisis services easier to access has become especially important during the pandemic.

Even before the novel coronavirus hit, Statistics Canada reported that approximately 4,000 Canadians were dying each year from suicide. That amounts to about 11 people each day.

Demand for services has only grown in the past year. The Canada Suicide Prevention Service said calls went up 200 per cent in October of last year, compared to the same period the previous year. It also reports 18% of all callers in November mentioned concerns related to COVID-19.

In December, the House of Commons voted unanimously in favour of a Conservative motion to create a national, three-digit suicide prevention line.

“When minutes count, help should only be three digits away,” Todd Doherty told Members of Parliament, when asking them to support his proposal.

In fact, some of the work to connect Canadians to that help had already begun.

In July, the Public Health Agency of Canada agreed to commit $21 million over 5 years to set up a pan-Canadian suicide prevention service that would offer around the clock bilingual crisis support from trained responders, via voice, text and online chat. The funding is only being formally announced today.

The work to build the service is being done by CAMH, the Canadian Mental Health Association and Crisis Services Canada. Crisis Service Canada already offers a hotline that can be used by anyone across the country. However it’s still trying to get more local suicide prevention services involved. Right now there are a total of eight services involved in Ontario, Quebec, Alberta and B.C.

The goal is to add two more a year over the next five years, though the national picture is much broader with an estimated 146 crisis and distress services across Canada.

The hope is to eventually have all regions of Canada represented, as well as particular communities, said Dr. Crawford, citing the needs of people in rural areas and Indigenous people as examples.

Anyone who called the proposed three-digit hotline would be connected with a service in their area, she said.

There’s also the telecommunications side of the equation. The federal health and innovation ministers have written to the CRTC asking the independent agency to look at setting up a three-digit suicide prevention service.

So have the various agencies involved in setting up the national service. They have asked the CRTC if they can be engaged from the outset in planning for the three digit number and in the effort to put it into action. That would include steps like being involved in any public consultations, said Dr. Crawford.

While the motion put forward by Conservative MP Todd Doherty suggested 988 as an easy-to-remember number that could be used to connect Canadians to services, that may not ultimately be the three digits chosen, said Dr. Crawford.

“I did not realize when we entered into this; all the considerations that go into what number is chosen,” she said.

That includes choosing a number that is easy to remember, isn’t already assigned as an area code for a regional service and one that simply won’t confuse people.

The fact that United States is already pursuing a 988 suicide prevention hotline could be an argument in favour of the number, she said, since that already builds public awareness.

In the U.S., work to set up the initiative started in 2018. It is expected to be fully operational by July 2022. A Federal Communications Commission report from July said telecom providers in that country are expected to incur costs of $367 million to to update switches and replace equipment required to make the 988 number work.

“There may be a significant investment, but I think it’s well worth it,” she said, noting that there are economic, social and emotional costs that come along with suicide.

Health Minister Patty Hajdu’s office did not comment on a request for the timeline or cost for the Canadian endeavour, noting the CRTC is an independent organization and deliberations on the project are up to them.

No official Canadian standards yet

Right now, said Dr. Crawford, Canada uses the American Association of Suicidology standards for how to deal with persons in distress.

Part of the five year funding plan involves creating national standards for this country, which would harness Canadian experience, knowledge and evidence, she said.

While the path ahead may take years, Dr. Crawford said she’s encouraged by the support she’s seeing for a national hotline.

“I don’t think 10 years ago that we would have had the same conversation about a three digit number. We’ve come in terms of decreased stigma around mental health and people’s willingness to talk about it.”

“We all want to make sure that people in our lives have easy access to services should they need them.”

Where to get help: