Obtaining the Campaigns list from the server has failed!
Server response:
CM Ad cahger Server plugin is not active on https://legendarygroup.co/admanager/
You Are Here Home Health News OxyContin maker’s settlement goes to judge for confirmation 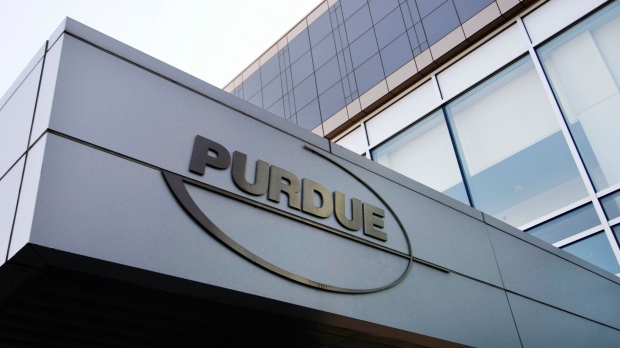 Purdue Pharma’s quest to settle thousands of lawsuits over the toll of OxyContin and its other prescription opioid painkillers is entering its final phase with the grudging support of most of those who have claims against the company.

Nearly two years after seeking bankruptcy protection, the company is scheduled to appear before a U.S. Bankruptcy Court judge to ask for approval of its plan to reorganize into a new entity no longer controlled by members of the wealthy Sackler family, and with profits dedicated to abating the opioid crisis.

Opponents fault the deal for giving members of the Sackler family protection from lawsuits over opioids even though they have not personally filed for bankruptcy or admitted wrongdoing.

But most of the groups with claims against Purdue are on board with the settlement plan.

Ed Neiger, a lawyer representing individual victims and their families, is planning to tell U.S. Bankruptcy Court Judge Robert Drain that it’s better to approve the settlement plan than to have years more of court battles with Purdue and the Sacklers.

“The plan must be analyzed in light of the alternative, not a comparison to the ideal,” Neiger said in an interview. “Five hundred thousand people have died as result of the opioid crisis thus far. If we go the all-out litigation route, another 500,000 might die before we see a penny from the Sacklers.”

Those with claims against Purdue were given a vote on the settlement, though Judge Drain is not bound by the results. Well over 90% of most groups of creditors — including local governments and individual victims — said they approved, according to court filings.

A group of Democratic state attorneys general were among the last to get on board. Until July, top state government lawyers were divided nearly evenly on whether to accept the deal. But several of the opponents signed on after Purdue agreed to make company records public and Sackler family members agreed to accelerate payments and increase payments. They would contribute a total of US$4.5 billion in cash and a charitable fund.

An analysis commissioned by a group of state attorneys general before changes in the agreement found the wealth of Sackler family members, estimated at $10.7 billion in 2020, could rise to $14.6 billion by 2030 — even after the payments — because of investment returns and interest.

Sackler family members have been adamant that if they don’t receive protections from lawsuits, they would not participate in the settlement and would instead mount a vigorous defense to any claims they face. One, David Sackler, a grandson of one of the three brothers who nearly 70 years ago bought the company that became Purdue, made a declaration in court and could be called to testify on it in the hearing.

“My family and I support the Shareholder Settlement because it represents an extraordinary opportunity to bring much needed resources to abate the opioid crisis, rather than spending years and depleting those resources defending the lawsuits against us,” he said in the statement.

Activist groups held a rally Monday outside the White Plains, New York, courthouse where Drain is based, urging him not to approve the deal.

“They are opioid profiteers who have caused mass death and they sit pretty in this court,” one of the activists, Megan Kapler, said at the protest. “And it’s not right.”

The Purdue case is the highest-profile part of a vast landscape of litigation over an opioid epidemic that has been linked to more than 500,000 U.S. deaths since 2000, including those from prescription drugs such as OxyContin and generic painkillers, along with illicit drugs including heroin and illegally produced fentanyl.

In recent months, claims against other companies in the drug industry have gone to trial in California, New York and West Virginia, with more on tap in coming months. Some other firms are also settling. Drugmaker Johnson & Johnson and distribution companies AmerisourceBergen, Cardinal Health and McKesson are seeking state and local government acceptance of a deal worth $26 billion.

Purdue’s case was separated from the others in 2019 when the company filed for the bankruptcy protection as it faced about 3,000 lawsuits from state and local governments, Native American tribes and others.

The company says its plan could be worth $10 billion over time. Profits and money already in the company’s coffers would be used to abate the opioid crisis, funding treatment programs and education campaigns.

The value of the deal also includes the value of drugs Purdue is developing to reverse overdoses and inhibit addiction.

A portion of the money would also go to individual victims and their families. Payouts are expected to range from about $3,500 to $48,000.