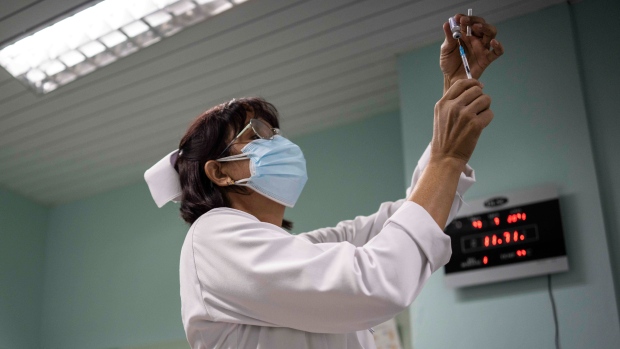 BOGOTA — The unequal distribution of vaccines which protect against COVID-19 is the weak point in efforts to combat the disease in the Americas, the Pan American Health Organization (PAHO) said on Wednesday.

“A handful of companies produce all the world’s supply of COVID-19 vaccines,” Etienne said. “Many of them are letting price and country of origin, not need, determine how doses are rolled out, so much of today’s vaccine supply remains in the hands of wealthy nations around the world.”

Countries are also suffering because of production delays, leaving them waiting for doses purchased months ago, she said.

Almost 12 million vaccine donations from the United States, Spain, Norway, France and Sweden will not be enough to protect the hundreds of millions of people who remain vulnerable, Etienne said, adding just over 23% of people in Latin America and the Caribbean are fully vaccinated.

PAHO will launch an effort to bring mRNA vaccine technology to the region and boost manufacturing efforts, she said.

The situation in Haiti following an Aug. 14 earthquake which killed over 2,000 people remains serious, Etienne said. The country’s health ministry has asked for additional surgical and trauma care support and PAHO is distributing supplies.

Some 59 health facilities in the country’s south were affected by the quake, she added, about half severely.

Vaccine doses for Venezuelan migrants – millions of whom have fled their country for other parts of Latin America – are being acquired, including through the COVAX mechanism, PAHO’s health emergencies director Dr. Ciro Ugarte said.

It is important that undocumented migrants have access to shots, he added, not only to protect them but the communities where they live.