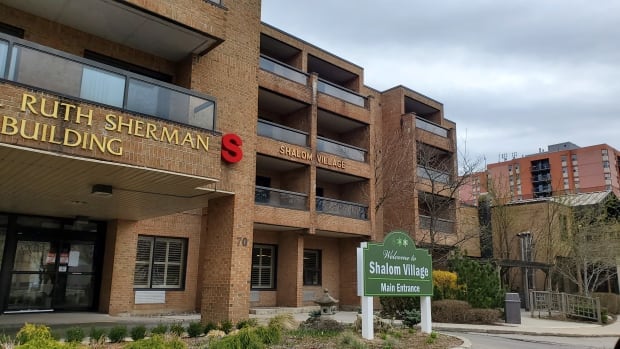 In a written report, Ministry of Long-Term Care inspectors allege the abuse went undocumented, the home didn’t do police checks on new employees and didn’t follow proper protocol during a COVID-19 outbreak, among other things.

The home, located on Macklin Street North in the city’s Westdale neighbourhood, said in a statement it was “deeply troubled by some of the inspection findings.”

“The Board of Directors of Shalom Village is undertaking a full review to investigate every single finding in the Ministry’s report and to explore and identify any other areas for improvement for every Shalom Village resident, participant, family member and staff person,” read the statement dated April 6.

When asked for an interview, Shalom Village emailed the statement, which is addressed to “residents, family and community members.”

“I want to assure you that Shalom Village fully co-operated with the Ministry inspection, and we have already taken action to address findings in the report,” it says.

The inspection at the home with 127 licensed beds was conducted throughout the month of January and published online on Feb. 28. It resulted in 22 written notices, including the failure to protect residents from abuse, 16 voluntary plans of correction and five compliance orders.

The home says the “intervention” was a skin cream.

“The incident was not reported to management until four days after it had occurred, and there was no documentation of the incident or assessments conducted,” read the inspection.

“As a result, [the PSW] was able to return to work and another abuse incident occurred.”

The second time, a resident told an RPN the same PSW was “inappropriate with them,” according to the report.

“There was no evidence that the resident was assessed after the incident and there were no written statements or interview notes kept from [the PSW],” the investigation found.

The resident also wasn’t assessed, the report says, raising concerns about whether they received support or referrals needed.

The inspection says there was no police check done on the PSW in question. There was a second PSW who also didn’t get a police check, according to the report.

Shalom Village says the PSW who allegedly abused residents was “immediately removed from the home” and it “addressed the related training issues.”

It also says in the second alleged incident, nursing staff promptly contacted police and the home “fully cooperated with their investigation.”

Police told CBC News that occurred in August 2021 and was for assault, not sexual misconduct. Police did not say if any charges resulted from the case.

There was also a case of alleged neglect when a resident was hurt while two PSWs were caring for them, but the report states it has no written statements or eyewitness accounts from either PSW.

“When interviews were not conducted with all witnesses as part of an alleged abuse investigation, the results of the investigation may have been inaccurate, which placed residents at risk for being abused in the future,” the report read.

“HOW IS THIS HOME STILL OPERATING?! Revoke its license!!! Have the city take it over!!!” she wrote.

The inspection also found more than 80 staff members didn’t have a properly fitted mask and didn’t actively screen people entering the building — including the inspectors — for COVID-19 symptoms even though “for the majority of this inspection, the [home] was in COVID-19 outbreak.”

Shalom Village says the issues with mask-fitting were because there weren’t enough available professionals accredited with “Mask-Fit testing.” That testing is now possible and underway, it said.

“Other items such as documentation, background checks, PPE training and screening have all been addressed to the Ministry’s satisfaction,” read the statement.

“Staffing throughout healthcare, and especially in long term care, is challenging throughout the sector. We are consistently looking at ways to improve our recruiting, onboarding, orientation, and staff retention,” it said.

Shalom Village said it will make the results of its organizational review public.

In an email to CBC, the Ministry of Long-Term Care said “there is zero tolerance of abuse and neglect of long-term care residents.”

The ministry says it conducts follow-up inspections once compliance due dates have passed to ensure compliance.

“If a compliance order is found to be in non-compliance, the inspector will take action and may refer the matter to the Director for further action,” it said. “The inspections system exists to keep residents safe – we continually assess information and re-prioritize inspections daily based on harm, or risk of harm to residents.”