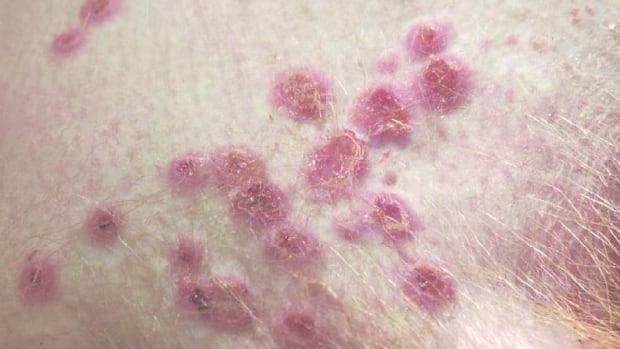 Public Health Ontario is reporting 230 confirmed cases of monkeypox in the province, most of which are located in Toronto.

The agency’s latest report says the cases are largely in southern Ontario, with 172 cases in Toronto, as well as one each in Sudbury and North Bay.

One of the confirmed cases is a female — which was recorded last week — and the rest of the people affected are male, with an average age of 37.

Public health says most cases are among men who report intimate contact with men, but say anyone can get monkeypox.

The report says nine people have been hospitalized with the illness and one person has been in intensive care.

There are also eight probable monkeypox cases in Ontario, all in men between the ages of 31 and 69.

Dr. Kieran Moore, the province’s chief medical officer of health, recently said monkeypox will likely be around for “many months” because of its lengthy incubation period, but noted that Ontario isn’t seeing rapid growth of the virus.

The virus generally doesn’t spread easily and is transmitted through prolonged close contact via respiratory droplets, direct contact with skin lesions or bodily fluids, or through contaminated clothes or bedding.

The monkeypox disease comes from the same family of viruses that cause smallpox, which the World Health Organization declared eradicated around the globe in 1980. Smallpox vaccines have proven effective in combating the monkeypox virus.

Local public health units across Ontario are holding vaccination clinics for those the province deems at high-risk of contracting monkeypox.

Moore has said the province is not looking to expand its vaccination strategy at this time because “it appears to be working.”