You Are Here Home Health News Quarantine extended up to 24 days for contacts of COVID-19 variant cases, top doc says 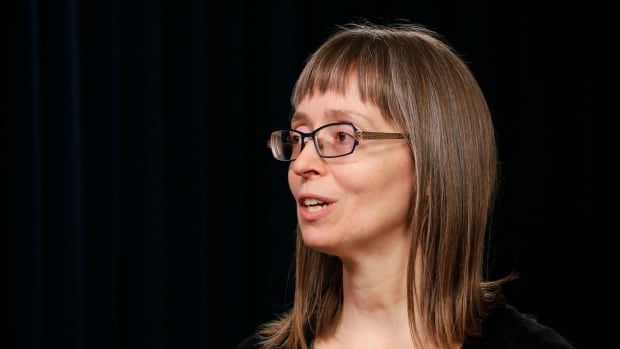 Alberta has changed self-isolation rules for those infected with variants of COVID-19, and in some cases people may end up in quarantine for up to 24 days, says the province’s top public health doctor.

“With 57 cases of variants detected, I know that some may be wondering why we have detected so many,” Hinshaw said. “This is thanks to both the excellent work of our lab to expand variant testing quickly, and to the border pilot program, which has detected 28 of our variant cases.”

Because it can be difficult for people with variants to remain effectively isolated from other household members, health officials are ensuring all new variant cases, and people linked to those cases, are aware of Alberta’s hotel isolation and quarantine options, Hinshaw said.

“If cases choose to stay home during their isolation period, their household contacts will now need to stay at home as well in quarantine, until 14 days have passed from the end of the case’s isolation period, for a total of 24 days,” she said.

“Given how easily this variant is spreading in homes, this enhancement is necessary to prevent spread in the community.”

But eight of the 57 cases, found in five different households, have no links to travel yet identified, Hinshaw said.

Investigations are underway to determine the source of those cases, Hinshaw said, though four of them have been linked to an outbreak at a daycare.

Hinshaw wouldn’t say where the daycare is because public health officials are still doing notifications. Not all of the four daycare cases have been tested, so it’s not known how many are linked to variants

“This link was just identified today, and work is underway to notify parents and staff of this facility that the outbreak at this location may be at least partially caused by a variant strain. This is concerning but it does mean that we have a better chance of controlling spread when we understand the linkages between cases.”

Meanwhile, public health investigations in the cases of returning travellers identified some spread of the virus within those households, Hinshaw said.

In two schools in the Calgary zone, that household spread led to the children of returning travellers attending school while they were infectious. Three classes from those two schools are now self-isolating as a result, she said.

The variants are concerning because of the ease of transmission. Hinshaw has said Alberta health officials are working to track the origin of each case.

The government has announced that some public health restrictions affecting restaurants and gyms are planned to be lifted on Monday.

The last time new cases were that low was in mid-October.

The regional breakdown of active cases on Tuesday was:

National vaccine advisory panel recommends Pfizer shot for anyone 12 and up: Tam

Life delayed: Why ‘languishing’ is a pandemic thing, and what you can do to get out of that rut