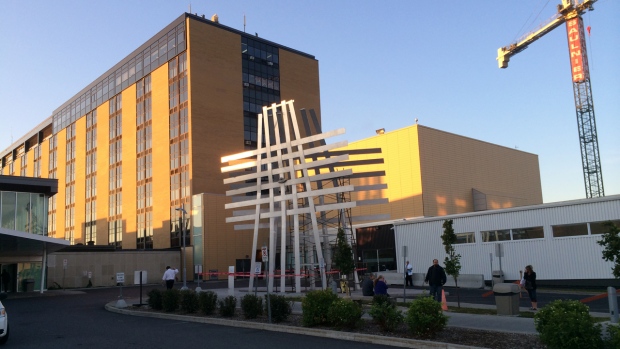 MONTREAL — Nine COVID-19 patients in the ICU at the Charles-Le Moyne hospital were accidentally cut off from oxygen for nearly one minute last summer, sending doctors and nurses scrambling to save their lives.

It happened while work was being done on the medical gas network in a section of the hospital that turned into a COVID-19 ICU wing at the start of the pandemic.

Respiratory therapists, nurses and doctors quickly hooked up the patients with oxygen masks or nasal tubes, but one of those critically ill patients, 71-year-old Maurice Leblanc, didn’t make it.

The former mechanic with the Canadian Armed Forces died that morning.

The details of the incident were first reported by La Presse.

Spokesperson Martine Lesage said in a statement to CTV Montreal that Leblanc’s condition didn’t allow him to recover from the brief time without oxygen.

Leblanc was a grandfather who lived in Saint-Jean-sur-Richelieu, according to an online obituary.

He had been in a coma for three weeks before his death after being admitted to hospital May 14 for pneumonia, according to La Presse.

A coroner’s report stated he tested positive for COVID-19.

Lesage said the hospital has issued recommendations to prevent the incident from happening again and that “the practices and processes resulting from these recommendations are in place.”

Cardiovascular disease could be diagnosed earlier with new glowing probe

Have high blood pressure? You may want to check your meds