Obtaining the Campaigns list from the server has failed!
Server response:
CM Ad cahger Server plugin is not active on https://legendarygroup.co/admanager/
You Are Here Home Health News Quebec pushes ahead with vaccine passport as COVID-19 cases climb 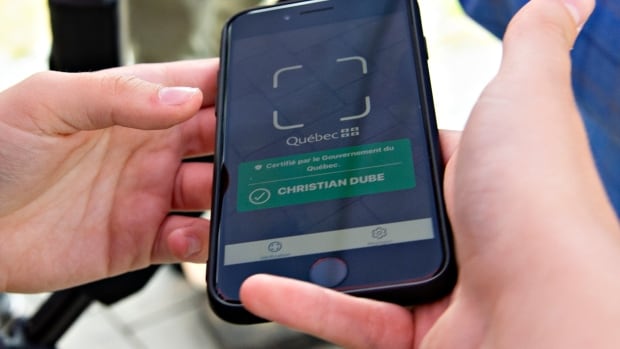 The Quebec government will push ahead with its plan to introduce a vaccine passport Sept. 1 that will effectively bar people who aren’t fully vaccinated against COVID-19 from visiting restaurants, taverns and other non-essential public activities.

Health Minister Christian Dubé said the rising number of COVID-19 cases and the growing presence of the more dangerous delta variant made the passport system necessary.

The passport — an electronic record of vaccination — has already been tested out at a handful of establishments across the province. Dubé said it proved to be functional and effective.

“The vaccine passport is a balance we have found in keeping our economy open while protecting the population,” Dubé told a news conference Tuesday.

The mobile app will be available for download starting Aug. 25.

Dubé said a full list of places and events where the vaccine passport will be required will be made public later today or early tomorrow.

Despite a rising vaccination rate (86 per cent of Quebec’s eligible population has now received a first dose, and 77 per cent two doses), Dubé noted that cases have climbed more this month than at the same time a year ago.

The number of hospitalizations has also climbed, though not as quickly as a year ago, given the arrival of vaccines. Dubé said the emergence of the delta variant made the passport necessary.

“The delta variant, as we know, is gaining ground and will soon become the main stream of the virus,” he said.

When asked whether he is worried about a wave of protests over the passport system, Dubé said the high level of vaccination among the public suggests most people are on board.