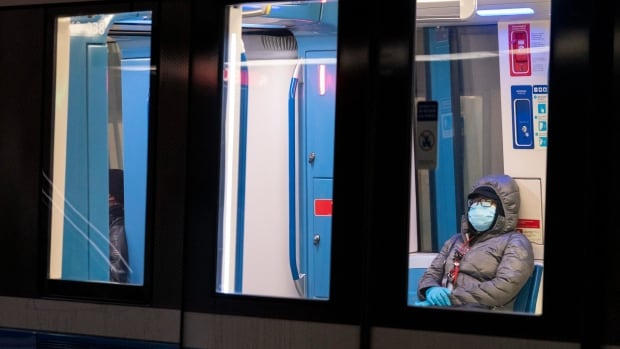 While the wearing of face coverings is strongly encouraged when Quebecers are in indoor spaces or cannot leave two metres between each other, sources tell Radio-Canada that they will be mandatory on public transit by mid-July.

Premier François Legault is expected to make the announcement on Tuesday.

At a news conference on Monday, Quebec’s director of public health, Dr. Horacio Arruda, said face coverings may soon be required to ride public transit. He said an announcement would be coming soon.

Face coverings or masks do not replace physical distancing, Arruda said, and masks do not guarantee safety once people are too close, but they are effective in reducing the risk of transmission.

Quebec officials want everybody wearing face coverings more consistently when a second wave, or at least a series of outbreaks, is expected.

Arruda said much has been learned about the novel coronavirus over the last few months and the health network is better prepared to stave off disaster, but it must be done in partnership with the population.

He said public health authorities in Quebec and around the world better understand COVID-19 and how it spreads now. With that improved understanding, regulations are evolving, he said.

“We have to learn to walk before running,” Arruda said.

Studies will also be carried out in bars and other places where the distance of two metres is more difficult, he said, but he strongly stressed that more people must start wearing masks on public transit as soon as possible.

“We have to start wearing the mask this summer in shops and in transport. Even if it is not compulsory, it must be done,” said François Desbiens, regional director of public health for the Capitale-Nationale region.

Mandatory mask rules on the rise in Canada

The Public Health Agency of Canada recommends wearing a non-medical mask or face covering in public places, especially crowded ones, when physical distancing — keeping a distance of two metres from other people — isn’t possible to do consistently.

Côte Saint-Luc, Que., a city on the island of Montreal, already requires masks in stores and enforcement is slated to start next month. Mayor Mitchell Brownstein said the by-law is already having an effect.

“Overall, people are respecting the requirement of wearing a mask when you go shopping,” he said.

Some transit agencies in Ontario have announced that masks will be mandatory on buses, streetcars and trains, including Ottawa, Toronto, Hamilton and Guelph.