You Are Here Home Health News Reasons for optimism? How humanity is turning the tide on COVID-19 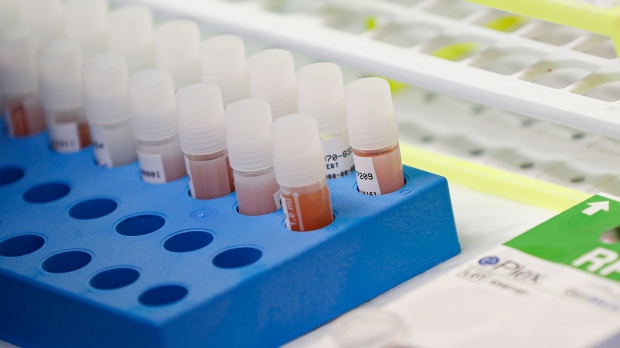 TORONTO — As COVID-19 continues its relentless spread around the globe, it may no longer be accurate to say there is no end in sight.

In fact, several recent developments suggest that humanity is starting to get a handle on the novel coronavirus and how best to deal with it.

Let’s start in China, where the virus is believed to have orginated and has hit hardest — infecting at least 81,000 people, as of Wednesday morning.

The Chinese government famously reacted with strict measures, including a full lockdown of the pandemic’s epicentre in Hubei province. One month after 60 million people were told to stay in their homes in a move that the World Health Organization said “bought the world time,” China’s daily number of new cases began to decline.

On Saturday, a month after the decline began, China started to ease up on its quarantine measures in parts of Hubei, allowing businesses to reopen and public transit to resume. By Monday, the major city of Wuhan was reporting only one new case.

But that isn’t the only good news coming out of China. Although the elderly are particularly susceptible to COVID-19, Chinese media reported last week that a 103-year-old woman was able to recover from the virus after six days of treatment in hospital.

A slower spread and recoveries are positive signs, but they still leave humanity at the mercy of the virus. Better still would be breakthroughs related to treatment — and those are happening as well.

While the World Health Organization has yet to sign off on any particular treatment as being effective against COVID-19, scientists in several countries say their research has yielded positive results.

India’s health ministry is recommending the use of Lopinavir and Ritonavir, two anti-HIV medications, for high-risk patients including seniors, the immunocompromised and those living with chronic lung diease. This should only be done on a case-by-case basis due to the potential side effects of the drugs, the ministry said.

A potentially more widespread treatment has received the backing of the Chinese government. Authorities said Tuesday that “very good clinical results” have come out of trials using favipiravir, the main ingredient in the influenza medication Avigan, which is produced by Japan’s Fujifilm.

According to China’s ministry of state and technology, two trials involving 200 patients both found that patients’ recovery times were shorter when favipiravir was used as a treatment.

Fujifilm says it has received requests for the drug from several countries and is looking into methods of boosting production.

Meanwhile, authorities in the Czech Republic have approved the use of remdesivir, an experimental American medication, to treat COVID-19 patients. The country’s health minister says that at this point, the drug will only be used on patients who are in hospital and require being connected to a ventilator, and only with patients’ consent. Trials of remdesivir are reportedly also underway in China and the U.S.

All the work being done to slow the spread of COVID-19 and find ways to treat it rests on the underpinnings of scientists learning as much as they can about the coronavirus that causes the disease.

The better these scientists working behind the scenes understand the virus, the more those looking for treatments and public health responses can narrow their focus to what will make the biggest different.

That’s why breakthroughs such as the one made by Canadian researchers last week are so important. On March 13, researchers at Sunnybrook Hospital in Toronto, McMaster University in Hamilton and the University of Toronto announced that they had successfully isolated the coronavirus, paving the way for further research that could result in more effective tests, as well as treatments and vaccines.

One day later, a team from the Netherlands announced that they had developed a human antibody capable of fending off the virus.

The Dutch scientists told Erasmus Magazine that they believe they are the first in the world to find a way of preventing the virus from infecting humans. Researcher Frank Grosveld told the magazine that there is a “good chance” the antibody will eventually become a mass-market medicine, although likely not for several months.

“If you were to take this as a patient, it is expected — only an expectation right now — that the infection will be stopped,” he said.

With files from AFP