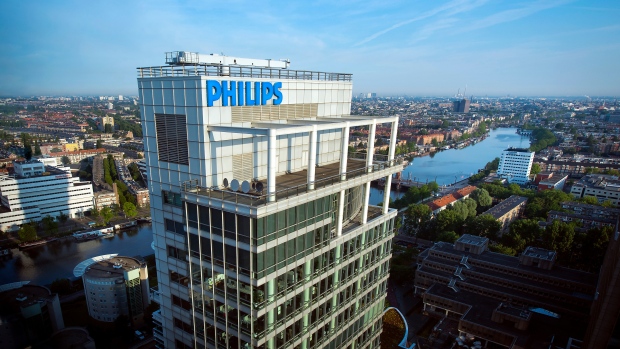 TORONTO — Health Canada has posted a recall alert from Philips announcing that some of their ventilators and CPAP machines may pose a risk to patients because a foam used in the products has been found to degrade and could potentially be inhaled into the lungs of patients.

The recall was announced because user reports have shown that a polyurethane foam which is intended cut down on sound from continuous and non-continuous ventilators can “degrade under certain circumstances,” at which point particles could “enter the air pathway of the device.”

The foam used may also emit “certain chemicals,” according to the recall. Philips performed testing that found that these chemicals are emitted at the start of operation, but may continue to be emitted throughout the device’s use.

On Philips’ website, they state that the risks from exposure to chemical emissions include headache and dizziness, irritation of the skin, eyes and throat, nausea and vomiting, and carcinogenic effects.

The company added that they have had no reports of serious harm as a result of product use, but have received reports of “headache, upper airway irritation, cough, chest pressure and sinus infection.”

High heat and humidity may play a part in the degradation of the foam.

Many of these products are used for issues such as sleep apnea, but others are considered life-sustaining devices.

Because the issue is with the foam used to manufacture the ventilators, the problem can’t be isolated with certain serial numbers — all devices with this foam are affected.

The recall provides a full list of the model or catalog numbers on the affected products, as well as where they were manufactured. All were made in the U.S.

In a statement on the recall, Philips Respironics said anyone using BiLevel PAP and CPAP devices should discontinue use and work with doctors to find another avenue for further treatment.

The company added that any patients who are using life-sustaining mechanical ventilator devices should not stop using them without consulting their physician first. If a physician recommends continuing with the ventilator due to lack of other options, an inline bacterial filter can be installed to help protect the patient.

In July, the Canadian Thoracic Society, Canadian Sleep Society and the Canadian Society of Respiratory Therapists released a joint statement on the recall to help guide physicians, where they noted that “globally, the number of units affected is in the millions.”

There could be issues with the positive airway pressure device supply in the future because of this, the statement added.

“If devices do become scarce, triaging of the devices for both replacement and new prescriptions might become necessary,” the statement reads.

They point out that there can be issues with sleep apnea patients abruptly ceasing CPAP or Bi-Level PAP and state that the “decision to continue or interrupt treatment must be individualized and consider disease severity.”

“Life-sustaining ventilator users will need to continue using the affected machines until such time as a replacement machine unaffected by this recall can be obtained or the affected device can be repaired/replaced,” the statement said.

Philips has said they are working on replacing the sound abatement foam and correcting the issue.