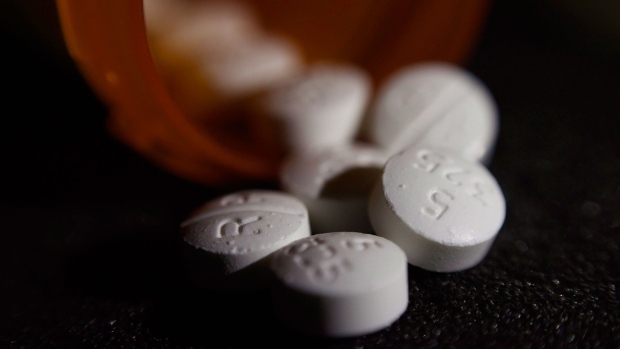 TORONTO — After he was caught forging prescription opioids, former emergency room doctor Darryl Gebien went from practitioner to prisoner to rehab patient in the span of a few years.

He pleaded guilty in 2016 to trafficking and forgery, and spent eight months behind bars. But Gebien doesn’t believe he should have endured the inmate episode at all. Now five years sober, he told CTV National News that he should have skipped straight to patient status.

“I needed health care. I needed to get clean,” he said. “By putting me into the criminal system, I don’t think it accomplished much.”

Gebien is among many adding their voice to calls for Canadian officials to decriminalize the possession of illicit drugs amid a growing opioid crisis in the country. Earlier this month, the Canadian Association of Chiefs of Police, a non-profit that represents about 1,300 police chiefs around the country, officially called on Ottawa to decriminalize the possession of small amounts of illicit drugs for personal use. The calls to decriminalize say that criminal prohibitions don’t work to deter drug use and locking people up simply prevents them from seeking the help they need.

Criminalization also impedes the work of some treatment centres, said Bill Sinclair, CEO of the Neighbourhood Group in Toronto. His centre has stayed open throughout pandemic shutdowns to help people in need.

“It’s life and death if we close,” he told CTV National News. “People are hiding and dying alone because of risk of criminal prosecution that is unnecessary and getting in the way of them connecting with health care and other services that could make their lives better.”

In B.C., Premier John Horgan is calling for change after urging Prime Minister Justin Trudeau to respond to the crisis with reforms.

“We are losing family members and our friends. Our neighbours and our colleagues. We must do more,” he wrote in a letter earlier this month. Horgan has not heard back from the prime minister yet, he told CTV National News, but added that he is optimistic ahead of a Friday discussion between the province and Ottawa.

Liberal MP Nathaniel Erskine-Smith has made calls for the same too, calling out his own party for inaction. “How is it that police chiefs are more progressive than a Liberal cabinet?” he said in a video interview.

The calls for legislative action come following recent spates of overdose deaths across the country. In the span of nine days this month in Toronto, 15 people died from overdoses as the city experienced an increase in tainted supply, compounded by isolation during the COVID-19 pandemic and fear of prosecution. Toronto Public Health called it the “worst cluster” of fatalities it has seen since it started tracking overdose data in 2017.

In B.C. last week, the Coroners Service announced that the province surpassed a May record when 175 people died in June from illicit-drug overdoses.

Abnormal response to cellular stress is associated with Huntington’s disease