In mid-January, an unsettling report from Norway suggested 23 frail, elderly patients had all died after receiving a dose of a COVID-19 vaccine.

The finding made headlines around the world.

Meanwhile, here in Canada, there have been instances of coronavirus infections and deaths in the midst of initial vaccination efforts targeting residents of long-term care.

A home in Saskatoon where the vast majority of residents had received their first vaccine dose later reported seven cases of COVID-19. And a facility in Barrie, Ont., is in the grips of a facility-wide outbreak that has caused dozens of deaths due to a fast-spreading virus variant — even as public health officials raced to fully vaccinate all the residents while the outbreak progressed.

But in all these instances of seniors falling ill or dying after receiving at least one dose, dire-sounding headlines don’t tell the whole story, experts say.

“Just because somebody died after receiving the COVID vaccine does not mean the COVID vaccine caused the death,” said Dr. Noni MacDonald, a researcher focused on vaccine safety who is also a professor at Dalhousie University’s department of pediatrics.

In the case of outbreaks in long-term care homes, it’s important to remember that while one dose offers some level of protection, it’s not the full amount that results from the two-dose regimen for either of the vaccines currently approved in Canada, said Dr. Samir Sinha, director of geriatrics at Mount Sinai Hospital in Toronto.

That means even if residents get partially vaccinated, it might not be enough to protect them if the virus is spreading where they live.

“There might have been a high level of COVID circulating and they didn’t have enough protection within days of their very first dose to confer immunity at that point,” he said.

Canadian physicians also stress COVID-19 vaccines are proving overwhelmingly safe and protective for the majority of elderly recipients — a population that’s at the highest risk of dying from the illness.

“We are now hoping that as soon as we get people vaccinated, especially in these care settings, that we’re really going to see the burden of disease — and the resulting burden of death — stopped,” Sinha said.

No unexpected death increase, WHO concludes

In Norway, the deaths of those 23 elderly vaccine recipients happened during the course of more than 20,000 Pfizer-BioNTech doses being administered over several weeks — not all in one go — and in a country where around 400 deaths normally occur among care home residents on a weekly basis.

Following a review of the deaths, which later totalled more than 30, the World Health Organization concluded there was actually no “unexpected” increase in deaths of frail, elderly individuals or any unusual adverse events following the vaccinations.

WATCH | Dr. Samir Sinha on the safety of COVID-19 vaccines for seniors: 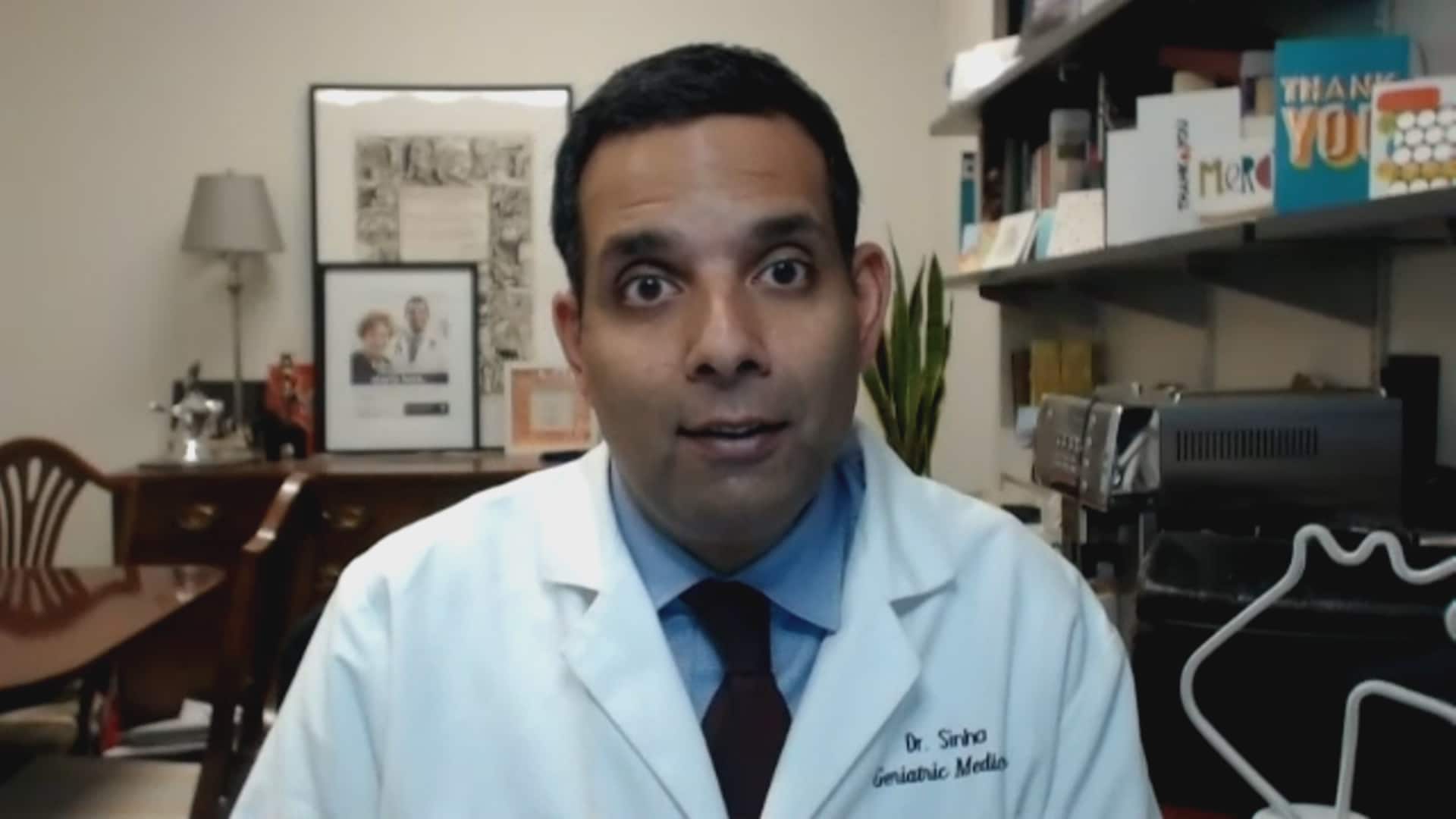 Dr. Samir Sinha, a Toronto geriatrician, says reports of elderly people passing away soon after receiving a COVID-19 vaccination can be misleading. Often these are instances where someone was already nearing the end of their life, not that their death was hastened by a vaccine. 0:44

In fact, the vaccine did not play a “contributory role” in the fatalities at all, the panel found.

It’s a finding that comes as tens of millions of COVID-19 vaccine doses are being administered in countries around the world, including to millions of seniors, with the clear protective benefits against severe infections so far outweighing minor risks such as allergic reactions in rare instances.

“We’re just not seeing the data showing that the vaccine is hastening anybody’s death,” Sinha said.

However, an earlier investigation from the Norwegian Medicines Agency, Norway’s national medical regulatory authority, did note that common adverse reactions of mRNA-based vaccines, such as fever, nausea and diarrhea, may have contributed to some of those deadly outcomes in the Norweigian patients.

Canadian physicians do agree immune system responses to a vaccine could indeed prove dire, but only for the most frail of elderly individuals who are already approaching their death based on their age and pre-existing health issues.

That could mean someone immobile, largely bed-bound and in the end stages of dementia, explained geriatrician Dr. Janet McElhaney, the scientific director of the Health Sciences North Research Institute and a professor at the Northern Ontario School of Medicine.

“Those are not the people that we want to be vaccinating, as they are unlikely to tolerate that.”

For someone severely frail and dehydrated, even a short bout of diarrhea can be dangerous to their health, she said. 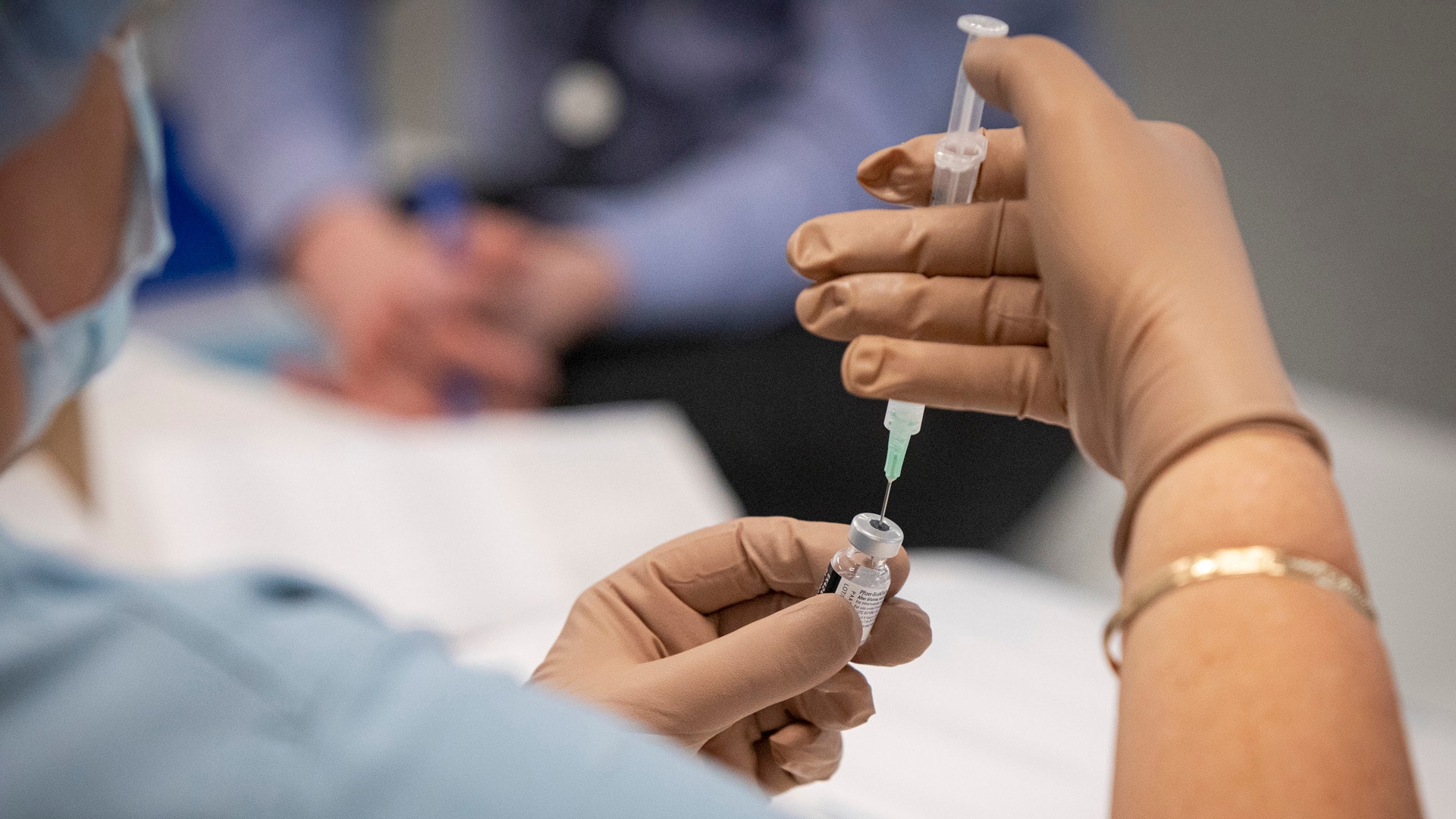 Faced with a COVID-19 vaccine shortage, Ontario says it will now vaccinate only long-term care residents and other seniors in at-risk retirement homes and care settings. 2:54

At the same time, it’s a delicate balancing act, since those frail seniors could even more easily die from COVID-19, said Tara Moriarty, an associate professor at the University of Toronto and co-founder of COVID-19 Resources Canada.

“This is something that decision-makers would weigh very, very carefully with the physician or the care provider,” she said.

But both McElhaney and Moriarty stressed those individuals are among a small minority of long-term care residents.

For the vast majority of Canadian seniors, including those living in long-term care or in the community, medical experts maintain the protective benefits of COVID-19 vaccines far outweigh any minimal risks.

Across Canada, nearly 20,000 people have died of COVID-19 since the pandemic began, the vast majority of whom were over the age of 60 — including 70 per cent aged 80 and older.

That’s why long-term care residents are near the front of the line as public health officials ramp up vaccination efforts, as both their age and congregate living conditions put them at higher risk.

Health complications from COVID-19 a concern for seniors

But as reports of deaths post-vaccine keep causing confusion among some seniors, Moriarty is now among those concerned it might prompt vaccine hesitancy among the very population who would benefit most.

“There have been no deaths that have actually been associated with these vaccines, whereas there are a lot of deaths among people who are diagnosed with COVID,” she said.

And as McElhaney points out, death isn’t the only concern with COVID-19. Even if a senior survives the illness, they run the risk of serious complications, be it lingering health issues or life-changing impacts from a stay in intensive care.

“The most compelling reason for older people to get vaccinated is to prevent a loss of independence, their abilities,” she said. “So it’s a quality of life decision.”

According to MacDonald, wary Canadian seniors need to understand where the highest risk exists — and that’s definitely from falling ill with COVID-19, not getting vaccinated against it.

“So which door do you want to go through?” she said.

“The door that has a probability of you not getting COVID, and saving your life, however long that may be? Or do you want to go through the COVID door?”