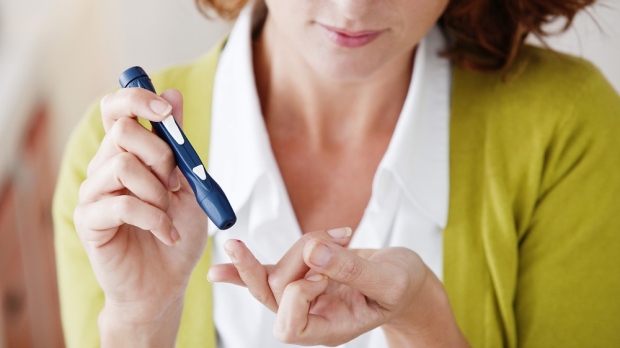 The study, published in the JAMA Network Open journal, tested new machine-learning technology on routinely collected health data that examined the entire population of Ontario. The study was run by the ICES not-for-profit data research institute.

Using linked administrative health data from Ontario from 2006 to 2016, researchers created a validated algorithm by training the model on information taken from nearly 1.7 million patients.

Using the validated data collected including variables like body mass index and high blood pressure, the algorithm was 80 per cent accurate in predicting who was at risk of type 2 diabetes in the population over several years.

“Effective preventive care and specific interventions exist to prevent type 2 diabetes; but there is often a challenge ensuring those approaches are targeted to those who need it most in the context of a health system,” said ICES scientist and lead study author Dr. Laura Rosella in the release. “Prediction models for type 2 diabetes are specifically useful for informing more effective and efficient targeting of health system interventions that support the prevention of type 2 diabetes.”

The role of the machine learning model isn’t for individual patient care, but to be used in the context of population health planning and management for prediction of diabetes within the larger framework of overall health systems and to promote health equity.

Through the use of machine learning and health data, population health planning tools that accurately distinguish between high and low risk groups “can be used to guide investments and targeted intervention for diabetes prevention” five years ahead, the study says.

“The model was tested for accuracy for predicting diabetes onset with 5 years overall and among important demographic and socioeconomic sub-groups to ensure it works well for the full population,” Rosella said.

Researchers found the cohort of patients with diabetes grew at an average rate of 51,800 new patients per year between 2009 and 2016, with an additional $242 million per year added as an associated cost.

The model also showed that patients who were predicted to be at the highest risk of diabetes, according to the data, accounted for the largest portion of the associated health-care costs: moderate-to-high risk patients make up five per cent of the population studied, but represented 26 per cent of the total associated diabetes costs.

The highest risk patients were 58-years-old on average, included a larger cohort of immigrants, and people who were more likely to live in neighbourhoods with lower socio-economic indexes and higher unemployment.

The new model aims to address the issues faced by governments, health insurance providers and public health planners in identifying those most in need of diabetes interventions and prevention, especially patients who are older and from “marginalized neighbourhoods in terms of ethnicity and material deprivation.”

With files from the Canadian Press