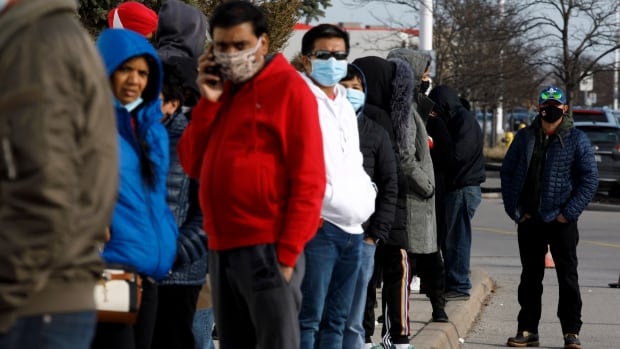 A group of about 50 retailers called on the Ontario government on Tuesday to open all stores across the province — including those in lockdown regions, where they suggest imposing a 25 per cent capacity limit on “non-essential” stores.

“We respect the extraordinary efforts you and your administration are making to safeguard the public interest during this extremely challenging time,” the retailers said in a letter to Premier Doug Ford and Health Minister Christine Elliott. “The problem is that Ontario’s policy of segregating ‘non-essential’ retailers from those deemed essential might actually be making things worse.”

The letter was signed by executives from several major retailers, including Hudson’s Bay Company, Canadian Tire, Ikea Canada, Roots and Staples Canada. It argues that the lockdowns in Toronto and Peel Region haven’t reduced the number of people shopping.

“Instead, it has funnelled those shoppers and the corresponding health risk into fewer, increasingly crowded stores within Toronto and Peel, as well as adjacent communities, such as we saw in Vaughan and Markham over the weekend,” the letter stated.

“At the same time, as the current policy pushes more Canadian consumers to a handful of big box retailers and discount stores, thousands of small, independent and local stores sit shuttered, with their hands tied, even though many sell the very same goods.”

According to the retailers, limited capacity in some cases — in combination with safety measures such as mandatory masks, physical distancing and hand sanitization — “can further reduce the potential for community spread while enabling more businesses to stay open across all regions during a make-or-break season for retail businesses.”

The letter notes that other provinces have taken similar steps in conjunction with public health officials and that these steps “will put fewer people in more stores, increasing safety for all. The current policy does the opposite.”

The province responded by noting the restrictions are aimed at limiting the spread of COVID-19 to protect the health and well-being of Ontarians.

Alexandra Hilkene, a spokesperson for Elliott, said the government must limit opportunities for individuals to have close contact with others to help stop the spread of the virus. This includes allowing box stores to operate at half capacity.

“These necessary measures are being taken to limit community transmission of COVID-19 in order to keep schools open, safeguard health system capacity, and protect the province’s most vulnerable populations,” Hilkene wrote in an email to The Canadian Press.

“To be clear, moving regions into a lockdown is not a measure this government takes lightly. However, as we have seen around the world, lockdowns are a difficult but necessary step to stop the spread, safeguard the key services we rely on and protect our health system capacity.”

She noted that the Ontario government is providing $600 million in relief to support eligible businesses required to close or significantly restrict services due to enhanced public health measures.