You Are Here Home Health News Risk of severe outcomes higher in kids hospitalized for COVID-19 than other viruses: study 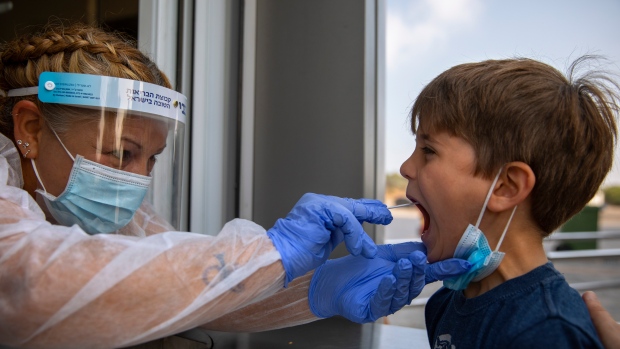 A small, but not insignificant number of children who seek emergency department care and are diagnosed with COVID-19 infection experience severe outcomes, according to a new Canadian-led study that builds on previous research examining how the SARS-CoV-2 virus affects children.

The study, published on Tuesday in the peer-reviewed JAMA Network Open, found that among 3,221 youths enrolled in the study who tested positive for the SARS-CoV-2 virus in an emergency department, 3.3 per cent had severe outcomes within 14 days, while 22.8 per cent were hospitalized. A total of 10,382 participants were enrolled in the study.

The results of the study, which enrolled participants younger than 18 years of age between March 2020 and June 2021, are based on cases prior to the Delta and Omicron waves, and should not be taken as a reflection of the current situation, Freedman said.

Freedman emphasized that the study only reflected those who sought emergency care at one of the study’s 41 sites, and was not reflective of the general community rate. “They are meant to provide an estimate of this risk among an ED-screened pediatric population,” the paper said. The study did not include kids who were positive, but were not tested, for example. Enrollment included patients from Argentina, Australia, Canada, Costa Rica, Italy, New Zealand, Paraguay, Singapore, Spain, and the United States.

Results also suggested that older children in the study were at increased risk for severe outcomes, and that younger children, in particular the very young, were at lower risk. Children with significant underlying comorbidities were at higher risk as well.

Severe outcomes were defined in the study as patients developing complications including a heart attack or heart failure, stroke, septic shock, encephalitis, respiratory failure, and death, or if major interventions like chest drainage and extracorporeal membrane oxygenation (ECMO) were performed.

“We also found that duration of illness at the time that they were receiving care was associated with severe outcomes with a window being kids who had already had symptoms for four to seven days being at increased risk relative to the other durations that we saw, both shorter or longer,” said Freedman.

Researchers also found that geography also impacted the results; the odds of having a severe outcome were much lower in Canada than the U.S. reference group, for example. This could be attributed in part to the fact that there was broader and more accessible testing in Canada, compared to the U.S.

“We were catching kind of a broader base…whereas in some other countries, particularly in the U.S. in the early days, in particular…that they were more restricted in their testing,” Freedman explained.

There are other retrospective studies that suggest similar findings through a database methodology; what makes this particular study unique is that it enrolled patients prospectively across 41 emergency departments located in 10 countries into a cohort study and did not rely on databases. This allowed researchers to gather more patient-level detail, with enrollment occurring before any notable outcomes were documented.

“The point in our study is that this does occur and that the risk actually for hospitalized kids is significant, and we’ve seen this with Public Health Agency of Canada data,” Freeman said, underscoring the importance of vaccination to lower the risk of severe outcomes.

“The bottom line is, some kids are getting hospitalized, so it’s not a trivial illness.”