The Saskatchewan Health Authority says the province’s health care system is strained amid a worsening pandemic.

On Thursday, the SHA gave an update on how it’s ramping up its response to the pandemic during a news conference in Regina.

The announcement came after the province reported 299 new cases and three more deaths.

Officials say the pressure on the health system is so severe, some non-essential services will have to be reduced in the weeks ahead.

There are currently 108 Saskatchewan residents in hospital due to the virus.

The SHA said the current two week average of cases of approximately 214 per day equals to 32,000 hours of contact tracing over a two-week period.

But SHA CEO Scott Livingstone said that some people who have COVID-19 are in contact with an extremely high number of people.

“Unfortunately, over the last month, some of our investigations have revealed that some individuals have as many as 150 contacts for a single positive case with today’s numbers. It’s likely we’re going to see more increased pressure,” Livingstone said. 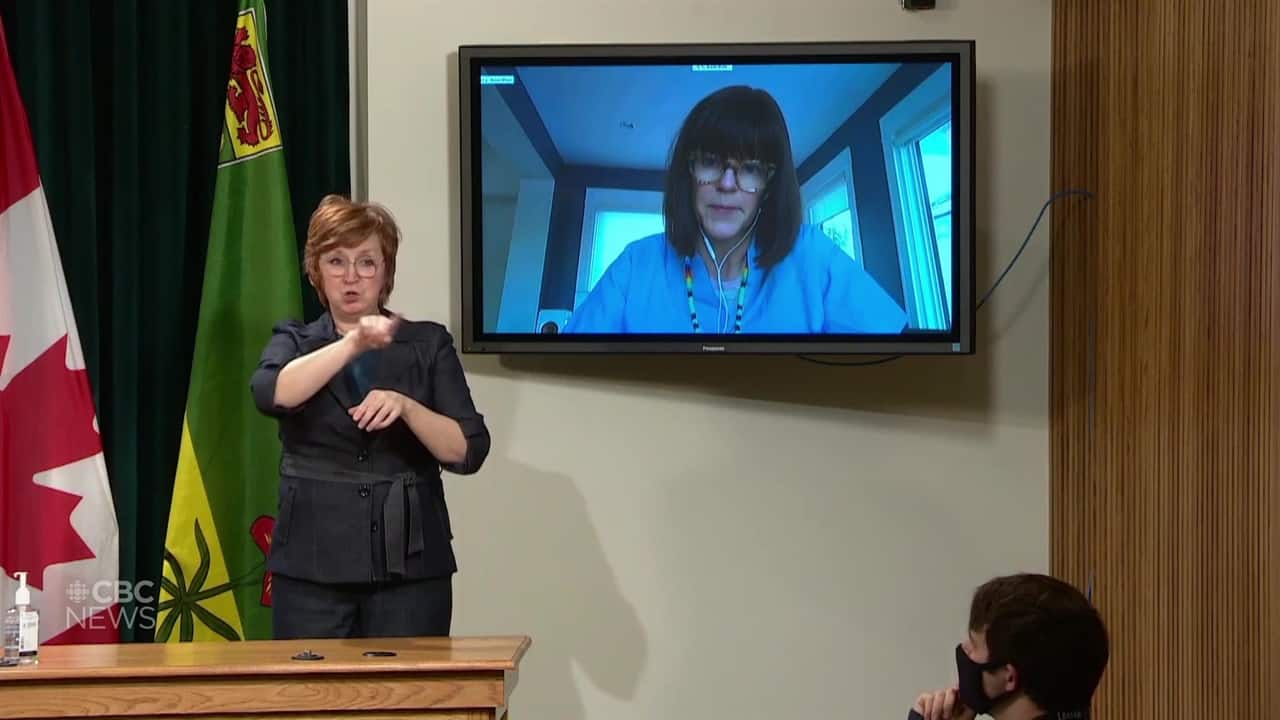 He said infections and contact tracing are affecting health workplaces.

“We’ve had a number of recent cases where 20 to 30 staff have been forced to isolate, which in some of the smaller facilities across the province, that would completely debilitate them with respect to providing any services at all.”

He said the more cases there are in the community, the higher the chance a health care worker is a close contact and will have to isolate.

As of Thursday, Saskatoon has 35 COVID-19 patients in hospital. The SHA said Saskatoon is at 97 per cent capacity in its ICU. That leaves the facility with only two open beds.

Livingstone said this indicates that it is critical for the public to follow orders and limit their contacts.

“If we let this go unchecked … we are sending our health care workers into a lion’s den,” Livingstone said.

What will be needed

The SHA said the next few weeks are critical for the virus to get under control. It said it plans to use a “dimmer switch” strategy to increase and decrease services. It called using field hospitals a last resort.

If cases continue to surge, the SHA will need:

If the case surge continues, the SHA said it will have to create approximately 200 more beds for COVID-19 patients than currently exist in all the hospitals outside of Saskatoon and Regina combined.