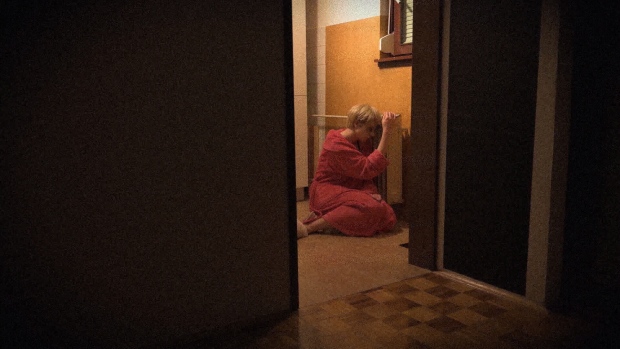 COVID-19 has been dubbed “an abuser’s dream,” says a new study probing how the pandemic has affected victims of domestic violence.

“Abusive partners would be withholding internet access, they would be threatening women in terms of ‘I’m going to go out and get COVID and bring it home.’ They would use those circumstances to increase their capacity to control and to manipulate.”

Haag said that the stress and financial worries brought on by the pandemic have even pushed some otherwise non-violent people into abusive behaviour.

“Those circumstances only increase the tensions within a household and increase the level of anger within an individual,” she said.

The World Health Organization estimates that one in three women will become a victim of abuse over their lifetime. During the pandemic, dozens of women across Canada have died at the hands of male partners or family members, their stories told in news items.

But these public cases are the tip of an invisible ‘shadow pandemic,’ according to the study Haag led, which involved talking to two dozen survivors and support workers who help them, as the pandemic began and public health measures caused people to stay home for extended periods.

The survey found that COVID-19 intensified both the reported rate and the severity of intimate partner violence (IPV).

One support worker who participated in the study wrote that “for a lot of survivors and their children, pre-COVID they could go to work, she could [go] to work and there was reprieve, there was escape for eight hours.

“She left the house and she could do something, but now you’re home, he’s there, you’re here, there’s nowhere to go, so it’s a 24-hour constant belittling, constant harassing and there is no reprieve.”

The pandemic also sparked an enormous rise in calls to support groups. Women At the Centre, a Toronto-based group founded by Nneka MacGregor, reported a 9,000% increase in calls for help by the end of December 2021.

“We’re overwhelmed by the amount of inquiries – and I know speaking to colleagues across the sector, in shelters, in counselling, support services, it’s similar numbers,” MacGregor told CTV News.

MacGregor, who is herself a survivor of domestic abuse, is a practising lawyer who said many of the reports involve “very, very serious injuries” from abusive partners.

“Women disclose that….they have been strangled or they’ve been hit with an object around the head, face and neck,” she said.

“It is a really complicated and vexing situation because you’re injured, you don’t know the severity of the injury, you can’t go to the hospital … and you don’t really have anyone to turn to.”

Seeking out support and medical treatment for injuries from abusers has also proved more difficult in the pandemic. Shelters struggled with elaborate protocols for COVID-19 testing and were unable to take in victims in crisis because results weren’t available quickly enough. Support workers tried offering safety plans and help by phone or Zoom, but it proved challenging and at times impossible.

One victim who was interviewed for the study wrote: “As soon as COVID hit, any of the counselling and connections that I was getting ended, there wasn’t even phone contact. Everybody went their separate ways and self-isolated and that was it.”

Advocates say their big worry is that there may be a wave of women with not just physical injuries that haven’t been tended to but also traumatic brain injuries, now a recognized consequence of IPV.

One Canadian study of women being treated for brain injuries before the pandemic found that one in four revealed they had been injured by their partners or other family members.

“There’s a segment of the population who we’re not reaching at all right now because of the pandemic, because of staffing shortages and waiting lists,” said Lyn Turkstra, a professor in the School of Rehabilitation Science at McMaster University in Hamilton. She worries about the cases that will surface once restrictions are lifted.

“I think we’re going to see a lot of people who have been having these experiences throughout the pandemic, and never got to the hospital to be diagnosed with brain injury, because …. sometimes they either don’t think to go or they can’t go because of a violent partner,” she told CTV News.

As for lessons being learned, Haag says the pandemic is showing that people need to reach out to those who are isolated.

“We need to not assume that everybody’s safe in their own home. And we need to ask, are you okay? Do you need do you need extra support?” she said.

“There are just asking the question can make a huge difference for a woman who’s experiencing challenging home environment.”