You Are Here Home Health News She survived the Holocaust and died of COVID-19. Her family says pandemic’s human toll is lost in the numbers

The last time Jeff Shabes saw his mother alive, dementia had transported her back to the nightmare of her childhood, screaming out for her late mother and father in Siberia where they fled from occupied Poland and terrified she’d miss her train to safety.

Malvina Shabes survived the atrocities of the Holocaust. COVID-19 took her in only a matter of days.

In their final moments together, Jeff Shabes — sitting across the room in full protective gear — repeated to his mother the stories she so loved to tell him, like how as a little boy, he made her sandwiches when she was unwell after suffering a miscarriage.

“It’s OK to close to your eyes. We want you to close your eyes and be with dad.”

As he left the room, the screaming went on. But Shabes was sure his mother heard him. Less than 24 hours later, she was gone.

Somewhere along the lines though, as the spectre of a global pandemic went from looming threat to daily reality, he said the human toll behind daily case counts and testing numbers seems to have slipped from collective sight.

“That’s one of the reasons that I agreed to do this. It’s the main reason,” Shabes told CBC News.

‘So much more than just a number’

“We have to educate people that these are not just 1,500 cases a day and 13 deaths. There are families that are suffering not just after the loved one has passed away, but during … It’s so much more than just a number.”

Born in Krakow in 1929, Malvina Shabes was forced to flee Poland at the age of 10 along with her two-year-old brother, grandparents and nanny. Their journey ended in Siberia, Russia, at a labour camp, where food could be scarce and they often had to be hidden to survive.

After the war, Malvina went back to Poland briefly and on to Germany, before coming to Canada in the late 1940s at the age of 19. Not long afterward, she married and had two sons, Jeff and his brother Steven.

Over the years, family and friends were her number one priority, Jeff said. When her own mother was diagnosed with blood cancer, Malvina and her brother resolved to find a doctor who could help. Her mother survived until the age of 93.

CBC News wants to learn more about the Canadians we have lost during the pandemic. If you would like to share the story of someone who has died of COVID-19, email us at COVID@cbc.ca.

She and her husband celebrated 60 years of marriage before he died seven years ago. But in recent years, Malvina began experiencing dementia.

She was moved to a home that specialized in care for dementia patients and found a way to adapt, participating in virtually all of its programs to the extent that she could and her appearance — as ever — remained immaculate.

“She always had her hair done and her nails done,” Shabes said with a laugh, recalling how he’d never seen his mother with grey in her hair until recently.

“She was really truly quite the matriarch and an elegant person.”

‘Easy to lose track of the faces, the lives, the tragedy’

But stories like Malvina’s are increasingly lost amid the daily din of numbers, and Toronto geriatrician Nathan Stall says that’s not just a matter of sentiment, but ultimately has an impact on policy itself.

“Once you pass a milestone like 10,000 deaths, it becomes easy to lose track of the faces, the lives, the tragedy the families are experiencing,” Stall said. “And that could be something that would motivate us to change our approach during the second wave.” 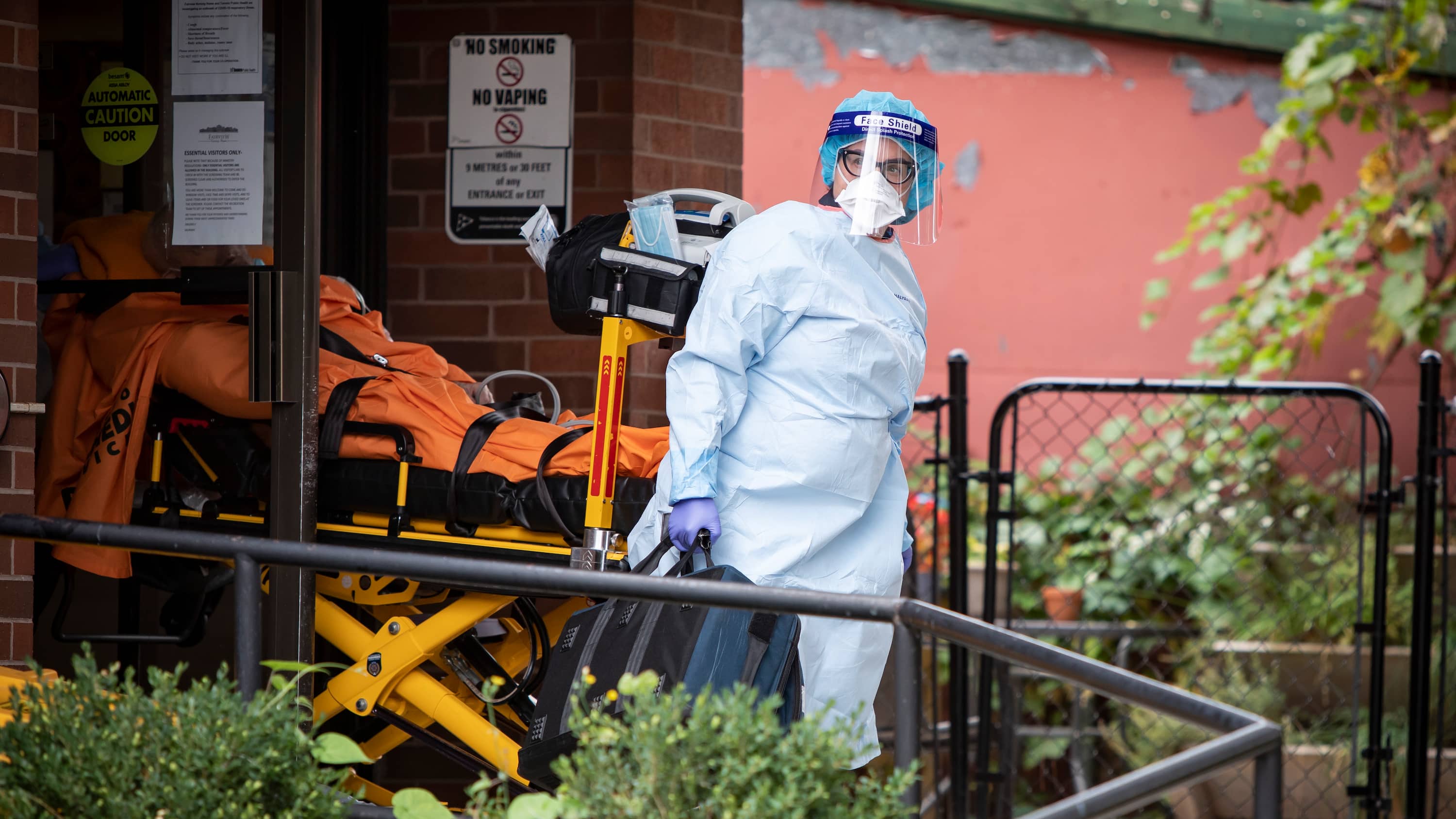 By far most Canadian COVID-19 deaths have been in long-term-care homes, where residents and staff have faced unsafe conditions. New figures show it could be about to happen all over again. 1:59

More than 96 per cent of those who have died of COVID-19 in Canada are over the age of 60, said Stall. Close to 80 per cent were long-term care residents.

“I would argue that those people aren’t the types of people that most Canadians identify with. There’s a bias we speak about called an identifiable lives bias,” he said. “We react most emotionally and most directly when it comes to public policy and action for the types of lives that we identify with.”

Consider the turning point in Canada’s COVID-19 story, he said: “It wasn’t the death of a long-term care resident … it was actually the NBA shutting down. It was Sophie Gregoire Trudeau catching COVID. It was Tom Hanks. That’s what actually made us act.”

Now, as a second wave has taken hold, there appears to be more of a focus on business and keeping doors open rather than on the human cost of the resurgence, he said.

“There seems to be a sort of acceptance, a really chilling acceptance, of the death of older adults and those living in long-term care homes.”

‘Waking up every day and checking the numbers’

Holding provincial news briefings outside a long-term care home rather than at businesses would be one way to keep the focus on victims and front-line workers, Stall said.

“If we dehumanize what’s going on with COVID-19, I think it’s easy for the population to also think that there is this acceptable trade-off.

“I think in some respects, the Canadian experience has been waking up every day and checking the numbers … But I think that our leaders could play a role in changing that and putting the focus back on the tragedy that so many Canadians are experiencing and sadly will continue to experience over the next several months.”

Asked late last week by CBC reporter Mike Crawley about whether his apparent focus on the impact of COVID-19 on businesses was equal to his concern for the pain of families, Ontario Premier Doug Ford said at a news conference that it did affect him greatly.

“Nothing weighs more on me than when I talk to family members on the phone,” he said. “I met a lady the other day that came up to me and said, ‘I want to thank you for doing a great job and I lost both my parents in long-term care a week apart two weeks ago.’ “

Premier Doug Ford often says his heart breaks for business people struggling in the pandemic. In the past week in Ontario, more than 100 people with COVID-19 have died. <a href=”https://twitter.com/CBCQueensPark?ref_src=twsrc%5Etfw”>@CBCQueensPark</a> asked Ford: “Why aren’t you talking about them?”<br><br>Here’s his answer: <a href=”https://t.co/o0yxvrfjOZ”>pic.twitter.com/o0yxvrfjOZ</a>

“I take hundreds of calls. I’m one of the few elected officials in this country that’s up till midnight in his office taking personal calls and listening to the concerns … If you don’t think this weighs on me, you don’t know me very well.”

Statistics are ‘people with the tears wiped off’

Since his mother’s death last Tuesday, Shabes and his family have held prayers each night.

But like so many families that have lost loved ones to the virus, their grieving process has been anything but normal.

“We can’t be there to just hold on to one another,” he said. “It’s a time for consolation and really the beginning of a long healing process. We don’t have that.”

It’s for reasons like this that Stall says Canadians can’t afford to lose sight of the lives behind the numbers.

“There’s a line that I’ve come back to often during the pandemic from really one of the most famous epidemiologists who died some time ago, Sir Austin Bradford Hill,” he said.

“Health statistics represent people with the tears wiped off.”