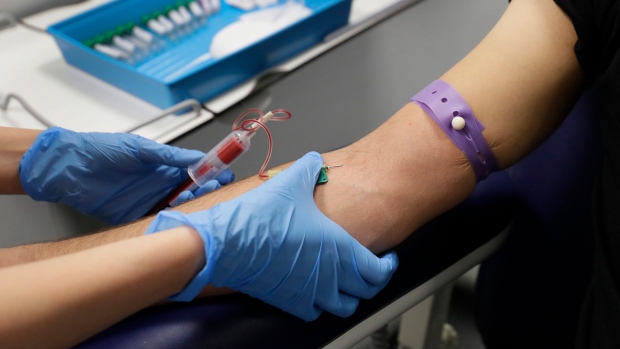 A petition has been filed to the federal government calling on Canada to join the United Kingdom in allowing controversial human challenge trials, which would test unproven COVID-19 vaccines on healthy volunteers willing to get infected with the novel coronavirus.

Supporters say the trials could speed up the global search for a vaccine, but there are concerns that moving too quickly could potentially expose volunteers to harmful side-effects of the potential vaccine or potentially death from the virus.

Tabled in the House of Commons on Thursday morning, the petition has already earned the support of a group of MPs and Canadian medical experts. Marcus Powlowski, a Liberal MP for Thunder Bay—Rainy River and a doctor, said he is bringing the petition forward in hopes of speeding up the global search for a vaccine.

The e-petition version of his proposal garnered more then 500 signatures during the month it was open for supporters to virtually sign on, meaning that the federal government will be required to respond within 45 days.

“For us as Canadians, the number one priority is getting a vaccine quicker,” he told CTV News.

Human challenge trials have been used before to develop treatments against smallpox, influenza and malaria. The World Health Organization says the approach can be “substantially faster” than standard vaccine field trials and, if designed properly, human challenge trials could lead to better vaccines.

The United Kingdom announced earlier this week that it has signed a contract for the first human challenge trial involving up to 19 volunteers.

Over the last five months, that number has ballooned to more than 1,600 willing Canadian volunteers.

Among those volunteers is 27-year-old Alexandre Rogers from Sherbrooke, Que., who authored the petition. He was already familiar with human challenge trials from school and decided to get involved because they seemed like the “intuitively logical thing to do.”

“The fact that I’m less likely to die, the lower risk, is just acceptable for me,” Rogers said.

Rogers said he hopes the petition brings some momentum and fresh attention to human challenge trials in Canada.

“I look forward to a response and truly hope that human challenge trials are something that we’re able to implement in Canada,” he said.

“I hope we’re part of the solution, and we don’t just ride on the coattails of other places that do those trials,” he said.

Kimmelman also raised concerns about the demographic testing involved, which would skew toward healthy young volunteers.

“The kinds of people that we actually need to use the vaccine are often going to be people who are not like healthy 20-year-olds. They’re going to be in elderly populations, people who are immunocompromised and whatnot,” he said.

But in light of the U.K. decision and discussions in Belgium on starting their own human challenge trials, Powlowski said now is the time for Canada to step up.

“We need to be bold. This is a war,” he said. “I don’t think we have to be a bunch of nervous Nellies in this country (and) have to wait for everybody else to take the risk.”

Meanwhile, there are at least nine vaccine candidates in stage three of development, when scientists work to determine if the vaccine can actually stop the virus from infecting the body.

The search for a vaccine could take years. Even when a safe and effective vaccine is found, experts believe it could take many months for the pandemic to end as countries work to produce and immunize enough people.

New cases of COVID-19 continue to break records in Canada. On Wednesday, more than 2,671 new cases were reported, with British Columbia setting a new daily record of 203 new cases.