An Indigenous elder’s family is calling for two staff members at a Winnipeg hospital to be fired after the 72-year-old woman, suffering from sepsis, was accused of being drunk.

“They assumed she was consumed with alcohol,” Sheila North said about her mom, Sadie North, who was so sick she could hardly form words.

Instead of being tended to with compassion, a doctor and a clerk at Grace Hospital were “scolding her and berating her and accusing her,” Sheila told reporters at a news conference on Friday.

“They were talking down to her and nobody deserves that. These two people who treated my mom with such disrespect should be fired.”

The elder was taken by her family to the hospital on Sept. 5 after she became so cold she had to be wrapped in a blanket. By the time she reached the Grace, North couldn’t walk on her own — she couldn’t even shuffle her feet to roll her walker.

She was too weak to lift her purse to get her medical card, her daughter said, but because of COVID-19 restrictions, no family members could go inside the hospital with her.

“We trusted that she was OK in there. We trusted that they were taking good care of her,” said Sheila, who did most of the talking on behalf of her mom, whose first language is Cree.

When North was discharged four days later, she told her family about her experience, which started the day she was admitted.

A triage clerk demanded she move on her own, despite her inability to do so.

They were rude, they yelled at her to help herself and told her to go into the waiting room, Sheila said. Sitting there as her head swayed, North eventually vomited on her shoulders and passed out.

“I was very sick. I couldn’t help myself,” North said. “Next thing I know I was on a stretcher.”

She was moved into a room and treated with antibiotics when it was determined she had sepsis from cellulitis, a common but potentially serious bacterial skin infection on her leg.

Two days later, the doctor chastised North for drinking while being a diabetic. Despite North’s protests, he continued to scold and belittle her, her daughter said.

“He didn’t even look at my infection on my leg,” Sadie North said. 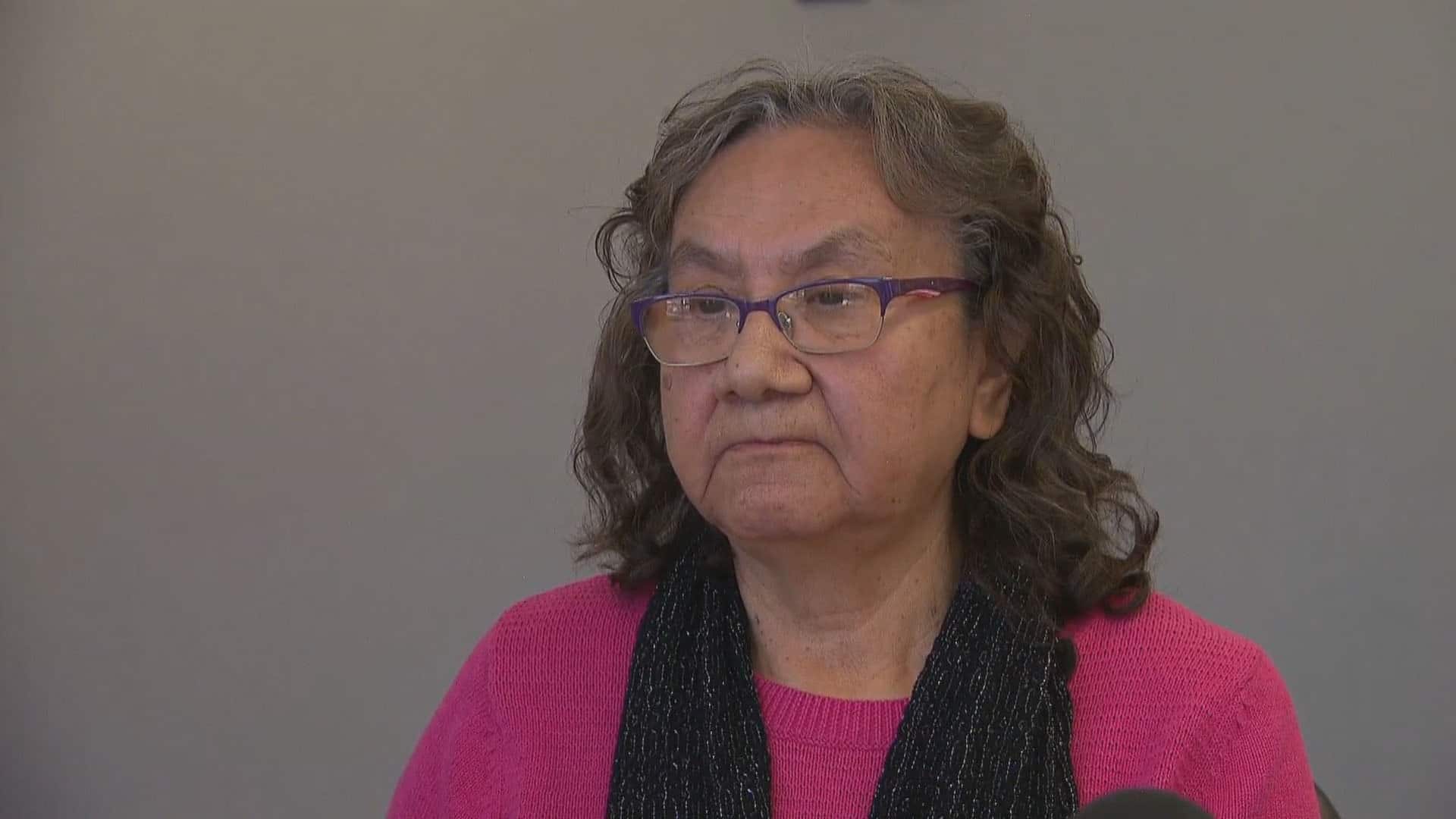 At a meeting Friday between Indigenous leaders and federal officials to discuss racism in the health-care system, Elder Sadie North testified that a doctor at a Winnipeg hospital accused her of being under the influence of alcohol when she sought medical attention on the Labour Day weekend. 3:19

Sheila described her mother as a forgiving woman who rarely speaks up for herself, choosing instead to turn the other cheek.

But after enduring the accusations from the doctor, North indignantly confronted him, saying she has never touched alcohol in her life, Sheila said.

“People like my mom shouldn’t be made to feel like they have to defend themselves when they are sick. It was very hurtful,” said Sheila, former grand chief of Manitoba Keewatinowi Okimakanak, which represents 26 First Nations in northern Manitoba.

“People are assuming that our sick loved ones are doing this to themselves.”

Her mom is still dealing with the feelings and trauma that came from that humiliation, she said.

Sheila North pointed to the ordeals of Joyce Echaquan and Brian Sinclair, Indigenous people who died after being mistreated in hospitals.

Echaquan, 37, filmed staff at a hospital in Joliette, Que., who insulted her as she lay screaming for help on Sept. 28. She died shortly after.

Sinclair, 45, was in the ER waiting room of Winnipeg’s Health Sciences Centre in September 2008. He had gone in to have a catheter changed but was found dead in his wheelchair — after waiting 34 hours without being seen.

At an inquest, health-care workers from the hospital said they’d assumed Sinclair was drunk and “sleeping it off,” had been discharged previously and had nowhere to go, or was homeless and had come to avoid the cold.

The inquest report, completed in 2014, concluded Sinclair’s death was preventable and put forward 63 recommendations to overhaul the front end of Winnipeg’s health-care services, including how patients in ERs are triaged and registered.

“This is still happening in Winnipeg. And it shouldn’t happen,” she said. “We have to overhaul the medical system for Indigenous people.”

Current Manitoba Keewatinowi Okimakanak Grand Chief Garrison Settee echoed those remarks. The treatment of Sadie North was “a direct, malicious attack on her identity and her dignity as an Indigenous woman,” he said.

“This is indicative of how racism still exists in our society and in our health-care system,” he said, adding legislation is needed to eradicate it, along with more severe consequences for people who exhibit such behaviour.

CBC requested an interview with the Winnipeg Regional Health Authority but was sent an emailed statement instead.

“Grace Hospital is committed to providing the very best experience possible to every person who comes to us for care.  When that doesn’t happen, we take it very seriously,” wrote Kellie O’Rourke, chief operating officer of Grace Hospital.

The hospital, in collaboration with WRHA Indigenous Health Services, has been speaking with the Norths over the past several weeks, she said.

“We are sincerely sorry for her experience, and we have extended that apology to her and her family directly. We are committed to continue our conversations with them to ensure that we do everything possible to address their concerns.”

The statement does not reference the request for the doctor and clerk to be fired but agrees “unconscious bias, discrimination and racism have no place in our health-care system or in our hospital.”

Complaint to be filed

The doctor, however, has denied his exchange with Sadie North was ever tense or malicious, and said the questions are normal, according to Sheila.

“But the way that he posed the question, and the way he was accusing my mom, was totally different from the normal.”

The family intends to register a complaint with the College of Physicians and Surgeons of Manitoba.

“I didn’t want to speak out, but I’m glad I’m speaking out, for others,” Sadie North said.

“I don’t want anyone to face what I faced.”