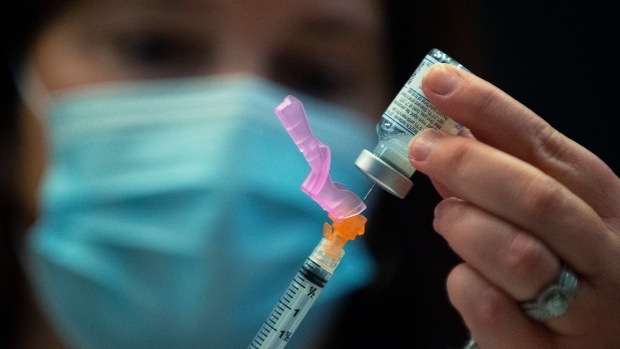 OTTAWA — Humanitarian Stephen Lewis, the former UN Special Envoy for HIV/AIDS in Africa, is calling on the World Trade Organization to suspend patents for some COVID-19 vaccines to improve access for low-income countries.

Lewis, who now co-directs the AIDS advocacy group AIDS-Free World, said patents should never have been awarded to some COVID-19 vaccines, considering the amount of public money that went into their discovery. The patents are also making the vaccines largely unaffordable for some nations.

“The great mass of funding that has gone into the discovery and manufacture and delivery of these vaccines has come from public funds, and we shouldn’t be giving patents to individual drug companies for the circulation of the vaccines,” Lewis said Monday in an interview with CTV’s Power Play.

In October, the Canadian government announced more that $190 million in funding for the development and testing of two Canadian-made vaccines, both of which have yet to receive federal approval.

Pfizer-BioNtech did not receive any government funding for development of their COVID-19 vaccine, but Moderna, AstraZeneca, and Johnson and Johnson each received about US$1 billion from the U.S. government for vaccine research, development and delivery.

Both Pfizer-BioNTech and Moderna are reportedly expected to make a combined US$32 billion in 2021 from their COVID-19 vaccines. Johnson and Johnson and AstraZeneca, on the other hand, have said they will not take a profit from their vaccines, and are instead offering to sell them at cost.

Last week, India and South Africa proposed that the WTO waive the intellectual property for COVID-19 vaccines for the duration of the pandemic, which they argue will allow generic companies to make additional doses and sell them to middle- and lower-income countries at a reduced rate.

The WTO delayed a decision on the proposal, which big pharmaceutical companies and wealthier nations have rejected, until later in 2021.

Lewis believes waiving the patents on vaccines would also benefit Canada, given the delays in receiving doses that it is currently experiencing.

“I think that’s something we should focus on,” he said. “I think it would be very, very valuable to Canada and might allow the production facilities to operate at a higher level.”

Middle- and lower-income countries are already having trouble securing vaccine doses. According to the Duke University Global Health Institute, 16 per cent of the world’s population have secured 60 per cent of the available COVID-19 doses. Canada alone has secured the purchase of enough vaccines to cover its entire population more than five times.

“You can’t have that kind of inequity and expect to overcome the damage — both in health and economic terms — of the virus,” Lewis said.

With files from Reuters