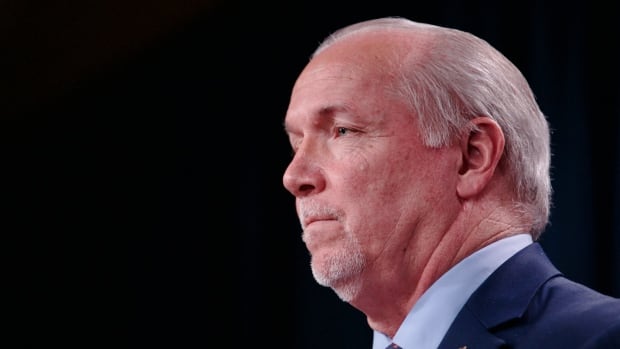 The Council of the Federation can be divided on partisan and regional lines, but yesterday Canada’s 13 premiers came to a quick consensus on a key message to the federal government: don’t push the Emergencies Act on us.

On Thursday, the federal government sent a letter to provincial and territorial governments consulting on the never-before-used act, a necessary step if Ottawa wanted to pull the trigger on declaring a public welfare emergency amid the COVID-19 pandemic.

“This whole idea of the letter was pretty quickly shut down,” said one source close to the talks, speaking on the condition they not be named.

The premiers talked among themselves after the letter was sent out and ahead of their call with Prime Minister Justin Trudeau Thursday evening. Opinions ranged from deep frustration to indifference, according to provincial officials.

B.C Premier John Horgan — whose province has shown progress in flattening the curve of its coronavirus outbreak —  was so angry he used an expletive and called the ordeal a waste of time, said sources.

On the call with the prime minister, Saskatchewan Premier Scott Moe, chair of the Council of the Federation, questioned why the federal government keeps raising the act, which the provinces consider a non-starter.

Trudeau repeatedly told the premiers he doesn’t want to invoke the act and was looking at it as a contingency measure, not because the federal government sees a need for it, said sources.

“Nobody wants to see this,” said one source.

The Emergencies Act — which replaced the War Measures Act in 1988 —  gives the federal government sweeping powers to regulate or prohibit travel, requisition and use property, order qualified people to provide essential services, regulate the distribution of goods, resources and services, and establish emergency shelters and hospitals.

In recent days there has been talk of using it to ensure supplies and equipment are deployed to where they’re most needed across the country. One of the federal government’s concerns has been about allocating supplies for Indigenous communities.

Under the act, Ottawa could redirect medical supplies — masks, ventilators and COVID-19 testing devices — to regions in dire need.

The premiers pushed back on that notion on the call and said supply chains have been secured as more Canadian companies gear up to make personal protective equipment (PPE) and ventilators domestically.

The provinces and territories have already taken extraordinary steps in calling states of emergency to restrict movements and close businesses in the bid to slow the spread of the novel coronavirus.

No one can think of anything the federal government would use the Emergencies Act for that would do more good than harm, said one source.

Sources tell CBC News that the federal government has sent a letter to provinces and territories as part of the consultation period — a required step before triggering a public welfare emergency. 6:21

According to the Prime Minister’s Office, Trudeau talked about the importance of having discussions regarding the Emergencies Act.

“He encouraged premiers to share their views on how the act could be used, if required. However, he noted that current measures and the great collaboration between governments are helping Canada fight the pandemic,” says the readout of the call.

The two-hour phone call between the premiers and the prime minister then shifted to concerns about the economy and what happens when the health pandemic ends, especially in the oil-dependent provinces of Alberta, Saskatchewan and Newfoundland.

Sources said there was also talk of sending money to the provinces to support benefits for essential workers, but the details still have to be hammered out.

Interleukin-33 involved in immunity to Sars-CoV-2