You Are Here Home Health News The latest on the coronavirus outbreak for Jan. 11

Teenager Ariana Quesada walked into the RCMP detachment in High River, Alta., last week and filed a formal complaint asking police to investigate potential criminal negligence in the death of her father.

Benito Quesada, a 51-year-old immigrant from Mexico supporting a wife and four children, was hospitalized with COVID-19 in mid-April, one of hundreds of workers at the town’s Cargill meat plant infected with the coronavirus. He died on May 7, 2020.

“I spent Christmas with one less person to hug,” she said. “And all the executives and general managers, everyone at Cargill got to spend Christmas with their loved ones. And I did not get that.”

At least 950 staff at the Cargill plant — nearly half its workforce — tested positive for COVID-19 by early May in what remains the largest workplace outbreak in Canada. The company also saw deadly outbreaks at its U.S. facilities.

“It’s not going to be your routine investigation, certainly,” Staff Sgt. Greg Wiebe, the detachment commander, told CBC News. “There’s probably a lot of moving parts to it.”

Cargill spokesperson Daniel Sullivan said in an email this weekend that safety is a top priority for the company and that since the beginning of the pandemic, it has worked closely with provincial health and occupational health and safety officials.

Cargill is also facing a proposed class-action lawsuit on behalf of individuals who had close contact with the company’s employees.

Read more about the criminal complaint and the questions about safety at Cargill and food processing plants. 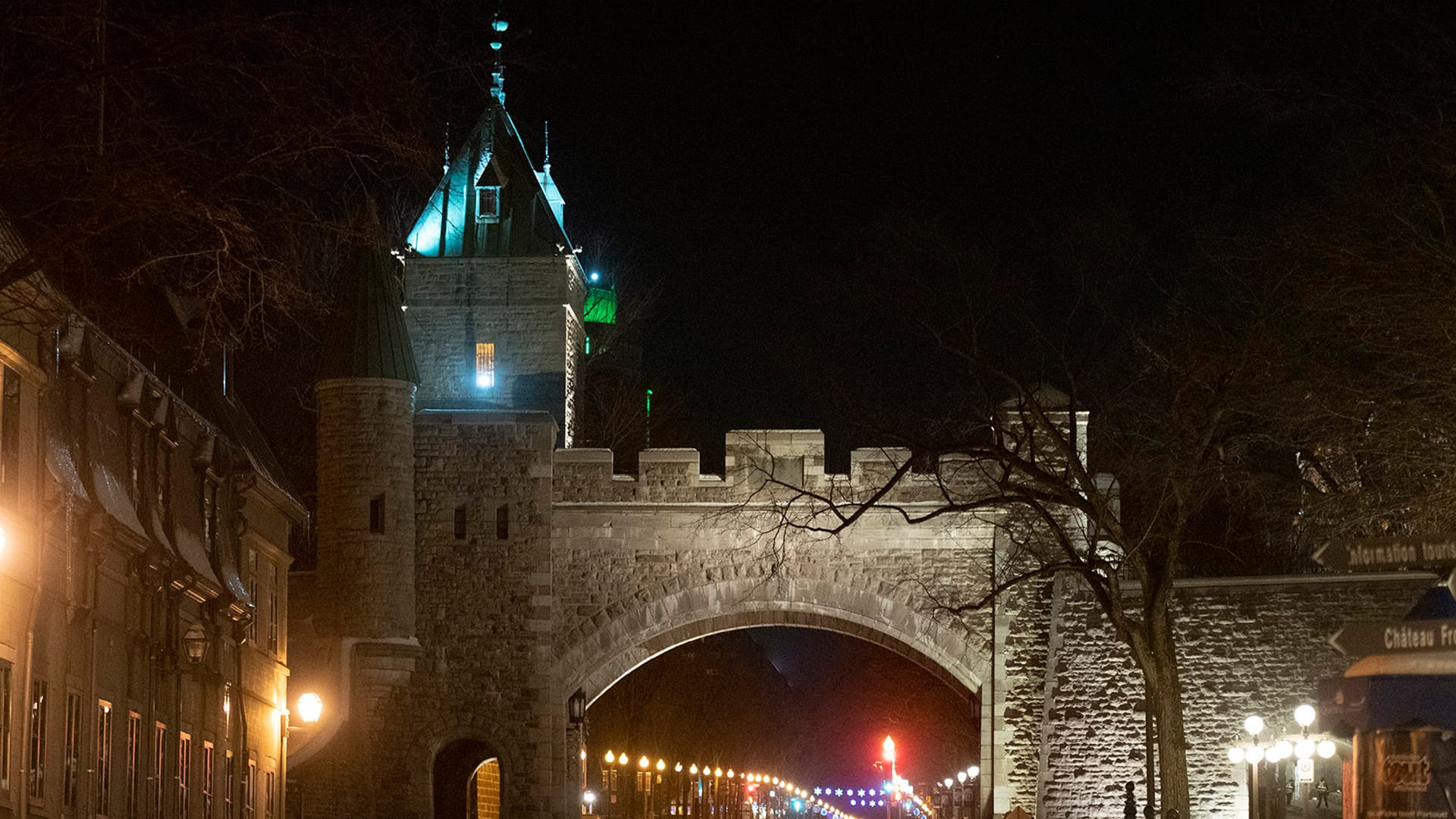 Police handed out dozens of fines, but say most Quebecers complied with the new 8 p.m. to 5 a.m. ET curfew aimed at decreasing the number of COVID-19 cases in the province. 1:58

Public health officials failed to cite early warnings about the threat of COVID-19 gathered through classified military intelligence as the pandemic crisis emerged a year ago, CBC News has learned.

A small, specialized unit within the Canadian military’s intelligence branch began producing warnings about COVID-19 in early January 2020, based largely on classified allied intelligence. Those warnings generally were three weeks ahead of other open sources, say defence insiders. But documents show that the COVID-19 rapid risk assessments of the Public Health Agency of Canada (PHAC) — which politicians and public servants used to guide their choices in the early days of the pandemic — contained no input from the military’s warnings, instead relying almost exclusively on World Health Organization information gathering.

In contrast, the National Center for Medical Intelligence (NCMI) in the U.S. was not only gathering raw intelligence through various classified means, but also producing comprehensive assessments of the trajectory of the virus.

Dr. Jonathan Clemente, an American physician who has researched and written extensively about the history of medical intelligence, said there’s an important distinction between the types of information health and intelligence officials can gather.

“It’s important to know that this is different from, say, the World Health Organization because the NCMI has access to all-source intelligence, meaning they have access to the most secret levels of intelligence, including clandestine human reporting, satellites, signals intelligence and … open [source] reporting.”

Wark said Canada’s public health system was redesigned almost two decades ago with the aim of preventing “strategic surprise,” but many of initiatives planned or implemented following the SARS outbreak were allowed to wither away and die.

The auditor general is reviewing what went wrong with the country’s early warning system, including the risk assessments, while a second, separate independent review of Canada’s early pandemic response has been ordered by Health Minister Patty Hajdu.

Read more about the situation

Police and Alberta Health Services responded to a southeast Calgary church on Sunday, after the pastor continued to encourage congregants to break public health rules following a fine and health inspection order.

Alberta Health Services in a previous inspection found that only two of approximately 75 attendees at the Fairview Baptist Church were wearing masks, that the pastor and church staff were unmasked and that rows in the auditorium were full, with people sitting side-by-side in rows less than two metres apart.

AHS issued orders to the church that included the mandating of masks, physical distancing and to submit a detailed COVID-19 mitigation plan to the health authority.

But Pastor Tim Stephens wrote in an emailed newsletter to congregants last week that despite a $1,200 fine from Calgary bylaw officers for violating public health orders, he would not be following the restrictions and reducing capacity to ensure physical distancing or enforcing mask use within the church.

“I addressed the regulations theologically, scientifically, legally and politically. I knew that receiving a fine would be a real possibility,” said Stephens. “Having received one now, the course is unchanged.”

Police confirmed they were called to assist AHS with enforcement at the church on Sunday. The spokesperson did not say if additional fines or orders were levied against the church, but said that places of worship that don’t follow orders are at risk of closure orders or additional fines.

According to sources who saw the new modelling, it projects nearly 800 coronavirus patients in ICUs by early February if the daily growth in cases is at three per cent, and nearly 1,000 in intensive care if cases grow by five per cent daily.

Either scenario would pose a risk of Ontario’s hospitals having more ICU patients than they can currently handle. The province has the capacity for around 2,000 ICU patients in total, but there are also limits on the availability of doctors, nurses and other health staff trained in intensive care.

Premier Doug Ford’s cabinet is to meet Monday evening to decide on further pandemic restrictions, but a senior government official told reporters that the province’s health advisers are not recommending a curfew.

“We worked all weekend, right until late hours last night,” Ford said Monday as he arrived at his office in the provincial legislature. “We’ll be going to cabinet with recommendations, and we’ll make an announcement [Tuesday].”

Information presented to cabinet about the potential effect of a more transmissible coronavirus variant first reported in the United Kingdom is based on research by Queen’s University mathematician Troy Day.

Day’s research shows, based on evidence of how the virus is currently spreading in Britain, that Ontario could, by late February, see the overall number of new daily cases doubling in a stretch of just 10 to 15 days, twice as fast as the recent growth rate.

What’s driving the virus to evolve, and what we can do about it

The spread of COVID-19 and concern about potentially more transmissible variants of the virus from the U.K. and South Africa, and possibly Japan, have scientists concerned about whether or not vaccines will hold up against these strains.

“Once more people are vaccinated, there will be potentially a selection pressure on the virus to evolve antigenically, meaning that we could see variants emerge that are more capable of evading immune responses induced by vaccination,” said Rasmussen.

Mutations give the virus the ability to spread more easily. The U.K. variant contains 23 mutations and the South African variant has at least 21 mutations, with some overlap between the two.

“The South African variant does have a mutation that is associated with some antibody escape, but it doesn’t appear that it’s total,” said Rasmussen.

The variants so far don’t appear to make the virus more pathogenic, or likely to cause serious illness or death. But, Rasmussen cautions, occasionally a mutation can incidentally affect some aspect of the immune system that can result in more serious disease, as happened historically with some HIV strains.

As well, in one study yet to be peer-reviewed, scientists described a 45-year-old patient who — five months later — had been reinfected with a coronavirus variant that contained the mutation, and whose second infection was more severe.

NHL players, most of them millionaires, will soon travel between provinces or states for games as the winter wave of the COVID-19 pandemic wreaks personal and financial havoc across North America, especially in the U.S., which is regularly seeing more than 3,000 deaths per day so far in 2011.

Edmonton Oilers superstar Connor McDavid, for one, is aware of the dichotomy. But he wants critics of the league’s desire to begin a new season in current circumstances to know that it could bring some normalcy for fans in otherwise stressful times.

“It’s unprecedented times,” McDavid said. “We’re not blind to understand that we’re very lucky to be able to come into work to play the game that we love.”

But, he said, “people are stuck at home and they need something to do.”

The NHL pulled off the restart to its pandemic-delayed 2019-20 season in August and September thanks to tightly controlled bubbles that resulted in zero positive tests in Toronto and Edmonton. While the upcoming campaign will have plenty of measures in place, it’s not the same level of protection.

“We are in the entertainment business, but it’s a business, and money needs to be made,” said Montreal Canadiens Brendan Gallagher. “Hopefully we can get through this thing and everyone can stay safe, but we have a job to do and we’ve been asked to do it. We’re happy to oblige. “

There have been bumps early on in the effort to mount a regular season, something also seen in Major League Baseball and the NFL. The Vancouver Canucks cancelled practice on Sunday over a potential COVID-19 exposure, as have Columbus and Pittsburgh. More seriously, the Dallas Stars have a number of positive cases.

McDavid, who contracted COVID-19 a few months back, points out that players themselves are adding health risk to the usual injury concerns inherent in a typical season.

The NHL’s shortened 56-game season is set to begin Wednesday.

Find out more about COVID-19

For full coverage of how your province or territory is responding to COVID-19, visit your local CBC News site.

To get this newsletter daily as an email, subscribe here.

Still looking for more information on the pandemic? Reach out to us at covid@cbc.ca if you have any questions.