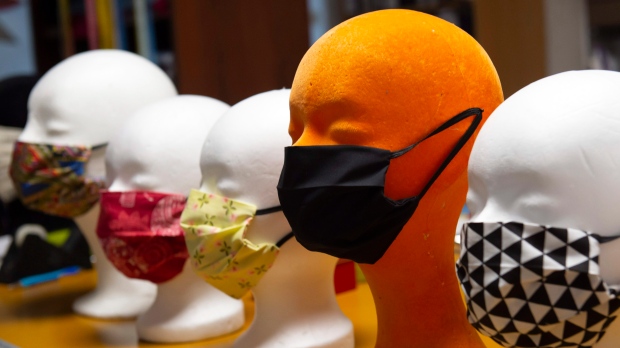 A study conducted during the COVID-19 pandemic in the United Kingdom suggests medical masks boost a person’s facial attractiveness, highlighting a possible link between face coverings and perceptions of being responsible or caring during the global public health crisis.

The Cardiff University study titled ‘Beyond the beauty of occlusion,’ was published in the journal Cognitive Research: Principles and Implications.

To explore the so-called “sanitary-mask effect,” which posits that medical masks’ association with disease and poor health makes the wearer appear less attractive, the researchers presented female participants with a series of male faces that were occluded, or partially concealed by a medical mask, cloth mask, book, or nothing at all.

The participants were then asked to rate the faces on their attractiveness.

The study found that faces were considered most attractive when covered by medical masks. Cloth masks, while the second most attractive, were still “significantly” more attractive than if no covering was worn, the researchers says.

And while they may be associated with disease or being more ill, medical masks “can also be seen as a sign of being responsible and caring citizens, which may positively impact perceived attractiveness,” the study says.

The authors note that only male faces were used in the study and that the participants reported favourable views on the effectiveness of masks in preventing the spread of COVID-19.

The relative effects of mask-wearing also need to be explored across genders, cultures and global health crises, they say.

Forty-three undergraduate psychology students were recruited from Cardiff University in Wales for the study.

One was excluded due to arbitrary responding, the researchers say, and all were female. Of the participants, 40 were between 18 and 24 years old. The majority, also 40, identified as white.

The images used in the study were based on 40 different male faces taken from the Chicago Face Database, developed at the University of Chicago for use in scientific research.

The faces varied in race and physical attractiveness, with the 20 most and 20 least attractive faces selected based on previous ratings in the database.

Although their hairstyles differed, none of the male faces had piercings, glasses or beards, and each looked to be between 18 and 30 years old. Only neutral facial expressions were chosen for the study.

Each face was then edited to create four images — one with a medical mask, cloth mask, book and no covering — creating a total of 160 images.

The experiment ran in February 2021 and was done online on each participant’s device due to COVID-19 restrictions.

All 160 images were presented in a random order and the participants were asked to rate the male faces on a scale from one to seven, ranging from very unattractive to very attractive.

After rating the faces, each participant was asked to share their age, ethnicity and level of agreement with the following statements: whether face masks have become part of everyday life in the past year and whether the use of face masks is effective in preventing COVID-19 spread.

The study found that, contrary to the sanitary-mask effect, faces covered with a mask were seen as more attractive compared to those that weren’t.

The results appeared to be consistent with past findings suggesting occlusion improves attractiveness and that medical masks increase the attractiveness of unattractive and average faces.

But the researchers say the effect of a medical mask goes beyond just hiding undesirable features.

“It is possible that the additional advantage for medical masks comes from their associations with medical professionals,” they said.

The study cites previous research showing how females rate male doctors as more attractive if they wear a white coat.

However, that research found the “white-coat effect” on attractiveness was reversed for female faces.

As well, the chief study cited by the researchers out of Cardiff on the sanitary-mask effect used mostly female faces.

This medical mask effect, while associated with those in a “caring profession,” also may only be present during the COVID-19 pandemic, the researchers say.