Obtaining the Campaigns list from the server has failed!
Server response:
CM Ad cahger Server plugin is not active on https://legendarygroup.co/admanager/
You Are Here Home Health News ‘This should be seen as a justice issue’: Many countries struggling to get COVID-19 vaccines 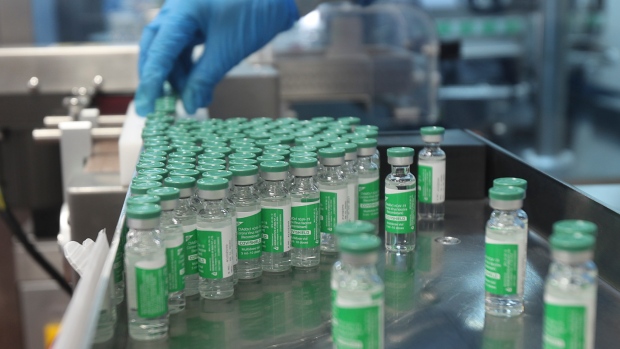 TORONTO — While some wealthy nations prepare to launch third doses of COVID-19 vaccines to further protect their populations, the rest of the world is still largely unvaccinated, with soaring death rates despite record numbers of vials being produced.

More than a year and a half into the global pandemic, vaccination has turned the tide in numerous countries. But many low-income countries that could not purchase vaccines in as high numbers have been left behind.

Front-line doctors say the lack of vaccine equity is shameful.

“Within Africa, it’s hard,” Dr. Morenike Ukpong-Folayan, a researcher and professor with the Obafemi Awolowo University in Nigeria, told CTV News. “We just don’t have enough. And I do know that this is a problem around Africa as a whole.

As the more transmissible Delta variant spreads across the globe, some countries that had previously logged relatively low case numbers are seeing their cases skyrocket. When this occurs in regions with low vaccination numbers, the toll can be devastating.

According to a World Health Organization statement from the end of July, deaths in African countries increased by over 80 per cent over a four week period, mostly due to the Delta variant.

In Senegal, where only two per cent of the population is fully vaccinated, cases and hospitalizations have climbed over the summer, bringing hospitals to the brink of being overwhelmed. Although the country is building a manufacturing plant in the hopes of making vaccines themselves, it’s a slow process.

According to a Reuters tracker, South Africa is currently reporting the most daily cases and deaths in the continent, with more than 12,000 daily cases, while only around 8.5 per cent of the population is vaccinated.

Even in areas such as Nigeria, where COVID-19 cases are not as high as in some wealthier countries, they are battling high death rates when people get severely ill, with shortages of supplies affecting the ability to treat patients.

“So we don’t have those high numbers on [cases], but we’re dealing with crisis because one — we have problems with oxygen,” Ukpong-Folayan said. “Oxygen access is this major crisis. And that is one of the things that results in a high number of deaths, even though we have few, few numbers when compared to you.”

Vaccines could help curb severe illness and deaths, but they are in short supply.

In low-income countries, only 1.3 per cent of people have received at least one dose.

Wealthy nations have bought most of the vaccine output, with only meagre donations going to COVAX, a vaccine sharing program aiming to help low-income countries receive vaccines. But the program has had its speed bumps, such as outbreaks in India delaying deliveries of vaccines to other countries, and controversies over countries not considered low-income receiving vaccines through the program, including Canada.

And with the recent announcement that the U.S. will be offering third doses in September to Americans who were vaccinated at least eight months ago, the inequality between who gets shots and who doesn’t have access is even more stark.

A CRISIS OF EQUALITY AND PUBLIC HEALTH

Niger does not have a high number of COVID-19 cases at this point, but Luz Linares, who works there with Doctors Without Borders, understands the real threat to several African nations if COVID-19 takes hold. Many nations are already battling issues such as malaria, HIV, measles, cholera and famine, and have less capacity in their health system to deal with huge outbreaks of COVID-19.

“If we put COVID on top of all the other things […] this can be a problem, if really this Delta variant comes here and has the same impact than in other countries,” Linares told CTV News.

“In my opinion, because they (poorer countries) don’t have the money to buy, […] the companies that are selling the vaccines are not getting any profit from these countries. They don’t have the capacity to buy them, so they are not interested.

“They want to keep on selling them to the countries that can pay for the vaccines and all the things that go around the vaccination, so [there’s] a big market in Europe and in the U.S.A and in Canada.”

Linares said that this situation exposes how “we don’t value people in the same way,” with some lives being treated as more important than others.

“For us in Doctors Without Borders, it’s not like this, everybody is the same,” she said.

Public health experts say before anyone gets a third dose, there should be more equitable access to vaccines, both to save lives and to curb the spread of the pandemic.

“Wherever transmission is at a high rate, that’s where we see new variants. It’s a never-ending cycle until we vaccinate the whole world.”

Hankins was among the 175 scientists and activists that signed a letter urging U.S. President Biden to do something to stop the spreading pandemic.

“U.S. has the capability to ramp up manufacturing and to do the technology transfer so that manufacturing can happen elsewhere around the world in different hubs,” Hankins said.

“It’s important that we do what we can in Canada as well. We have donated to COVAX. We also need to understand that for every dollar worth of vaccine we donate, we need an additional $5 in terms of the transport cost to maintain the supply chain, training of people to deliver the vaccines, [and ensure] appropriate disposal of needles and syringes.”

Canadians currently have the highest vaccination rate in the world, with more than 82 per cent having received at least one dose. And for those looking to help others receive vaccines, there is a way that Canadians can aid those in vulnerable regions.

Some are pointing to a little known UNICEF campaign where people can donate to buy vaccines for poorer countries, with the federal government having pledged to match donations for up to $10 million. The campaign is called #GIVEAVAX.

“There is a way that you can pay it forward, if you have had the vaccine here in Canada,” Hankins said.

“You can donate to #GIVEAVAX — for every dollar that’s donated the federal government will match up until September 6. You can find it on CanadaHelps, you can find it on the UNICEF Canada website, because it’s UNICEF is running this, but it’s a way to help if you’re wondering what to do because you’re so lucky that you’ve had the vaccine and the rest of the world isn’t vaccinated.”

“We’re not begging, but this is a pandemic. It’s a global pandemic and we should look after each at this time,” she said.