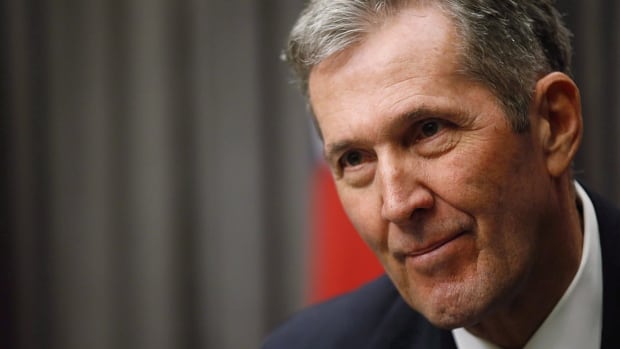 They will be in place for the long weekend “to address gatherings as well as staying at home,” Pallister said.

Pallister was asked what measures can be taken to ensure those people who already don’t follow the current public health orders will follow the new ones.

He said Roussin and other officials are presently ironing out those details.

A vaccine incentive program will be announced next week, he said, urging people to get vaccinated and turn the tide on COVID in the province.

“Best way to get Manitoba through this pandemic, to shorten this third wave, is to get needles in arms as fast as we can,” Pallister said.

Most, but not all, patients in intensive care units and hospitals in the province are people who have not yet been vaccinated, Pallister said.

“And sadly, too many have chosen to ignore the public health orders. Our health officials are telling us they’re very concerned that that number has increased as a percentage of cases,” he said.

There has been talk throughout the pandemic of herd immunity — the idea that even non-vaccinated people will benefit from indirect protection when a sufficient percentage of a population has become immune.

The number generally touted for herd immunity is 70 per cent of a population being immunized, but Pallister said that would still leave 400,000 Manitobans unprotected.

“That’s not safety; that’s not protecting everyone as best we can. The higher percentages of vaccinations that we can achieve, the sooner we can get through this third wave,” he said.

“The higher percentages of vaccinations that we can achieve, the less likely that there would be a fourth wave, or a fifth wave or a sixth wave. We’re all tired of the yo-yo, of the rebound effect.”

The province has experienced a sharp rise in COVID-19 cases during its third wave and is now struggling with a lack of intensive care unit capacity that has forced the transfer of some patients to Thunder Bay.

Three COVID-19 patients were transferred to the northwest Ontario city — about 600 kilometres east of Winnipeg — earlier this week.

The first two were moved out Tuesday as a spike in admissions put the province’s intensive care capacity at “significant risk,” a government spokesperson said.

A third ICU patient was sent to Thunder Bay on Wednesday.

Signs are also emerging that there is not enough nursing staff to care for the expected influx of critically ill patients in the coming weeks.

Typically, ICU nurses provide one-to-one care with some exceptions, but now they’re caring for up to three patients at Health Sciences Centre, St. Boniface Hospital and the Grace Hospital, although health officials say the sickest patients will still be assigned their own nurse.

Pallister was asked if more patients will be sent to Thunder Bay in coming days and what measures have been taken to address the ICU burden in Manitoba.

He didn’t mention any of those measures but thanked Thunder Bay for helping out.

Pallister said Manitoba has offered health-care services to northwestern Ontario for many years “and this is a reciprocal benefit.”

He was unsure how many ICU beds remain available in northwestern Ontario but said there is space.

Asked if there is the possibility of staffing help from other provinces, the federal government or the military, Pallister said “nothing is off the table.”