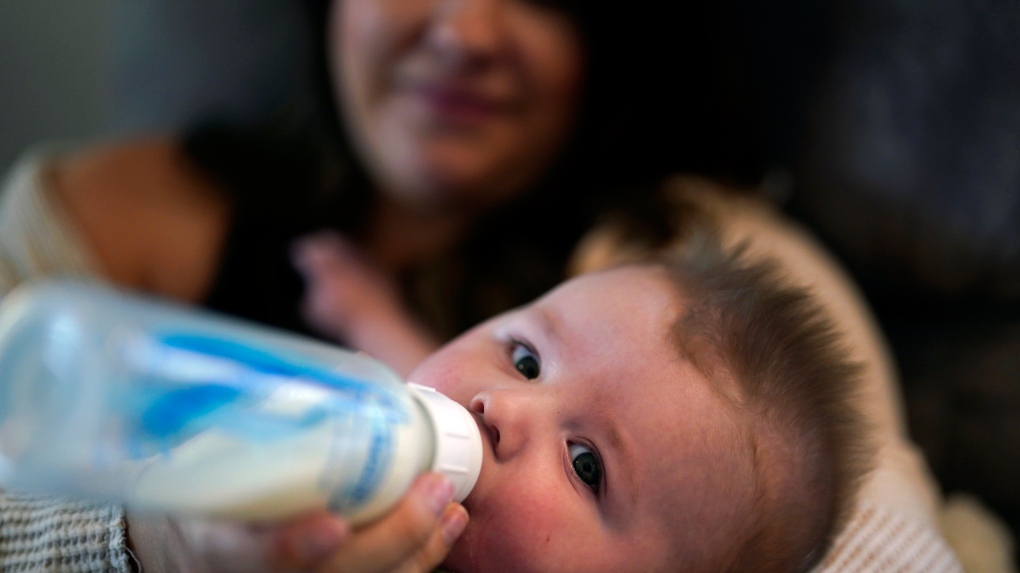 A serious infant formula shortage in the United States caused by a major recall has left American parents going to great lengths to ensure they have enough supply for their babies, leaving some wondering if the same could happen in Canada.

Abbott recalled a number of its powdered Similac products in February after four babies, two of whom died, contracted a bacterial infection thought to be connected to a formula manufacturing facility in Michigan. Tests on the products have come back negative for contaminants in question, Abbott said. The company had previously indicated that it could take six to eight weeks after the plant – which remains closed four months after the recall – restarts for products to make it to the shelves.

A number of factors, including alternative options, has made the situation in Canada far less dire. Some retailers have seen the recall compound ongoing pandemic-driven supply chain issues, while others experienced little impact or only temporary shortages.

For parents who are concerned or find themselves facing a shortage, however, here are some tips and advice from experts on what to do.

TALK TO A DOCTOR

Speak with your child’s pediatrician, a family physician, nurse practitioner, or even visit a walk-in clinic or pharmacy.

“The wisest thing to do is to seek some medical support,” Leanne De Souza-Kenney, an assistant professor with the University of Toronto’s Human Biology Program and Health Studies Program University College, told CTVNews.ca in an interview.

“Everybody should be made aware of it and it should be all hands on deck … talking to people in that space because they can give advice based on the age of your child and nutritional needs and any food restrictions.”

“It was terrible. It was terrifying. To think that maybe I wouldn’t be able to feed my son,” Frey said. “I spent hours one night driving all over town trying to find this formula.”

The shortage is particularly difficult for those in rural areas who often drive hundreds of kilometres for their groceries and don’t have the same options as city-dwellers, Michelle Branco with SafelyFed Canada told CTV News Toronto earlier this week.

Given the situation in Canada is generally still manageable, parents may have some luck shopping around and going to smaller retailers instead, De Souza-Kenney said, but noted that this is much easier said than done, particularly for those who live in rural areas, those who don’t have access to a car, or those who have other constraints.

“This really speaks to bigger issues that have always existed, but COVID-19 has shone a bright light on issues around inequities, health disparities, Black, Indigenous, people of color, and the marginalized, poor, and underserved,” said De Souza-Kenney, who specializes in research on health disparities and the social determinants of health.

“Food security comes to mind directly related to this topic as something that people have struggled with for a long time and then the burden of the pandemic exacerbated this … besides this group of parents and families and children that are going to be impacted by this [shortage], there are subsets with constraints, financial constraints, but also living in food deserts and struggling with transportation.”

Changes at the policy level are necessary to fix these issues, she said. In the meantime, for those facing immediate challenges along with financial or transportation constraints, community partners and agencies can help. Food banks, while a temporary solution, are another place that could aid in bridging any immediate gaps, she suggested.

IS IT OK TO SWITCH BRANDS?

Experts say switching formula brands is generally not an issue.

“There isn’t extreme variability in most brands. Many brands have a lot of the same ingredients,” De Souza-Kenney said.

“Switching brands is a practical and wise decision that you may be forced to hopefully, temporarily make.”

The one notable exception would be for children who have specific dietary needs that require special attention. This is why speaking to a health care provider who knows your child’s needs really matters, she said. They can also help ease any concerns or answer questions regarding ingredients in a different brand.

Branco says switching brands is rarely a problem because the contents of most formulas is very similar and easy to digest, but she said children with medical conditions such as dairy allergies are a concern. Other alternatives include breastfeeding more if possible, using donor milk and increasing solid food intake for older babies.

WHAT ABOUT DONOR BREAST MILK?

For many parents, going to a breast milk bank will not be an option. There are only four banks in Canada, located in Vancouver, Calgary, Toronto, and Montreal. They only supply to hospitals across the country or in some cases by prescription to families who have sick infants discharged from a hospital and at home.

“Milk is also available in [select Alberta] pharmacies for moms who may be ill, milk needed to bridge the baby if mom’s supply is low. Up to 10 bottles may be purchased,” Jannette Festival, the chief executive and co-founder of Calgary-based NorthernStar Mothers Milk Bank, said to CTVNews.ca via email.

Both Festival and Debbie Stone, the director of Rogers Hixon Ontario Human Milk Bank, said there has not been any recent increase in demand following the recall and that the donor milk supply for hospitals has been robust and stable.