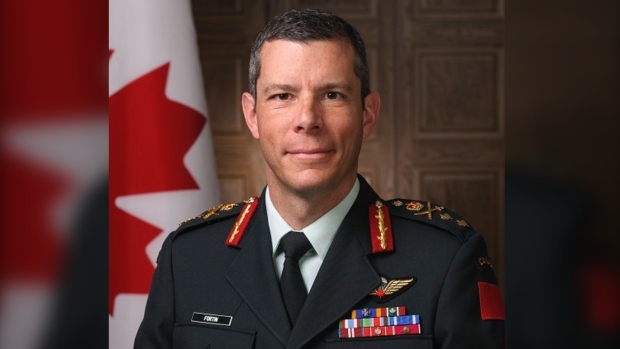 Canada has tapped former NATO commander Maj.-Gen. Dany Fortin to lead the national vaccine distribution effort, as Prime Minister Justin Trudeau has announced his target of immunizing more than half of Canadians by September 2021.

“Canadian can expect that if all goes well, to have more than half of us vaccinated by next September,” said the prime minister, adding this “significant positive news” comes straight from Canada’s federal health experts.

“I can understand the eagerness with which people want to know: ‘When is this going to be over? When are we going to get the vaccines?’ What we can say is we are working extremely hard to deliver as quickly and as safely as possible… if all goes according to plan, we should be able to have the majority of Canadians vaccinated by next September,” Trudeau said.

Trudeau also spoke more about the government’s vaccine strategy of procuring up to 414 million doses from seven different pharmaceutical companies—enough to vaccinate every person in this country more than a few times over. Because COVID-19 is a new disease and there are different approaches to tackling it, Canada wanted to keep its options open, he said.

“Some are going to work better than others, and some are going to be speed bumps along the way that cause extra challenges, and we knew that creating an array of opportunities for Canadians was one of the best ways of making sure that we would get through this the best possible way,” Trudeau said.

As first reported by CTV News ahead of Trudeau’s Rideau Cottage address on Friday, Fortin will be in charge of overseeing what is set to be a massive logistics-heavy operation.

There are already Canadian Armed Forces military logistics teams working with the Public Health Agency of Canada on planning for the rollout of vaccines to millions of Canadians in the coming months. This work has quietly been underway for months but with positive vaccine trial news coming out in recent weeks, the country’s attention has been largely seized with assessing where Canada stands.

Known as the National Operations Centre, Fortin will head up the logistics and operations within the centre.

“This will be the biggest immunization in the history of the country,” Trudeau said. “We must reach everyone who wants a vaccine, no matter where they live.”

Fortin most recently served as the Chief of Staff for the Canadian Joint Operations Command, but has also served as the commander of NATO’s Iraq mission.

“The Canadian Armed Forces will assist on planning, including to meet challenges like cold storage requirements, data-sharing, and reaching Indigenous and rural communities,” Trudeau said.

This follows news from Health Canada’s chief medical adviser that the first COVID-19 vaccine approval could happen before Christmas, in line with expected approvals in the U.S. and Europe.

“We are expecting to make a final decision on the vaccines around the same time,” Dr. Supriya Sharma told reporters Thursday during the first of what will be weekly public briefings on the status of procurement and rollout plans. “And then we’re going to have to figure out all of those shipments.”

That’s where the military is expected to play a role.

Further complicating the tall task of distributing millions of vials across the country, a number of the vaccine candidates being tested—including the Pfizer vaccine— require two doses and must be stored at very cold temperatures.

The government has begun procuring freezers that are able to stay cold enough to keep the vaccine supply stable, and the procurement process is underway for a contract tender to ship, fly, and drive doses to all regions of the country.

The prime minister spoke with provinces again Thursday evening about the COVID-19 response and said the federal government is offering the latest information it can, after frustration and confusion about timelines and plans bubbled over this week.

“We have continued to work with the provinces on vaccine delivery logistics, since last spring. We’ve been engaged, understanding that a vaccine was the way we were going to get through this pandemic,” Trudeau said.

Noting that Ontario hit a new record for the highest number of COVID-19 cases reported in a single day on Friday, and Canadians from coast to coast are adjusting to new levels of restrictions in the face of the second wave, Trudeau said that Canada is in “some of the toughest days of this pandemic.” Trudeau restated that as the country waits for vaccines, the standard public health measures still need to be taken.

“We’re in this together, and the more we work as a team, the better we’ll all do,” said the prime minister on Friday.

With files from CTV News’ Michel Boyer and Solarina Ho