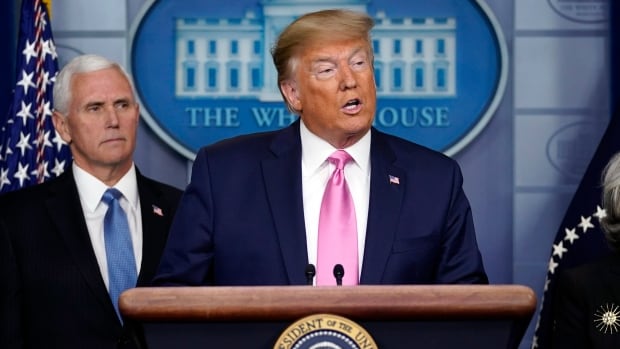 Donald Trump declared Wednesday that the U.S. is “very, very ready” for whatever the coronavirus threat brings, and he put his vice-president in charge of overseeing the nation’s response.

The U.S. president, seeking to minimize fears of the virus spreading widely across the country, said he was ready to spend “whatever’s appropriate,” even if that meant the extra billions of dollars that Democrats have said is necessary to beef up the U.S. response. Trump had told Congress earlier this week that the government needed to spend $2.5 billion US to fight the virus.

“We’re very, very ready for this, for anything,” even if it’s “a breakout of larger proportions,” Trump told a news conference.

Vice-President Mike Pence will be working with the government’s top health authorities, and Trump’s earlier-appointed coronavirus task force, to oversee the response.