You Are Here Home Health News Twice, he went to the ER with stomach pain. Both times, doctors missed Stage 4 cancer and sent him home

Karel Pekarek died on Oct. 12 after being diagnosed with Stage 4 gall bladder cancer. His family said his terminal illness was missed on two visits to separate emergency rooms in the Vancouver area. (Submitted by Chantal Pekarek)

Around noon on a Monday in June, a trim 75-year-old man from the suburbs went to the emergency room at Vancouver General Hospital with searing stomach pain. He had been quietly uncomfortable for weeks, but his family insisted he seek help when the stubborn burn in his abdomen worsened and his digestion stalled.

The doctors on shift ordered blood tests. They discharged him six hours later with a diagnosis of constipation, suggesting he take laxatives to ease any discomfort.

Five days later, the pain resurged. The man couldn’t get an appointment with his family doctor until July 10, so he went to the emergency room at Royal Columbian Hospital in nearby New Westminster for a second opinion. Again, blood tests were ordered. Again, the man was sent home with a diagnosis of constipation.

Doctors at both hospitals missed the terminal, Stage 4 cancer ravaging Karel Pekarek’s gall bladder and taking over his liver. Pekarek, an amiable, conscientious man planning for the upcoming birth of his first granddaughter, would be dead before Thanksgiving.

“He never even held his granddaughter. He never had the strength. He was that sick already at that point and in that much pain,” said Katharina Andrews, Pekarek’s daughter, speaking by phone from her home in upstate New York.

“There’s just a lot of regret … that they kind of didn’t catch it when he had gone for help, finally. It was way, way too late.”

The story has left Pekarek’s family agonizing over an issue that haunts medicine: how diagnostic errors happen, let alone persist. In Pekarek’s case, like so many others, loved ones know the issue isn’t necessarily about whether a life could have been saved with a timely diagnosis but whether there could have been a chance to treat symptoms and ease pain before death.

Experts estimate 10 to 15 per cent of patients are misdiagnosed, though the true number is likely higher, as the problem is difficult to quantify. 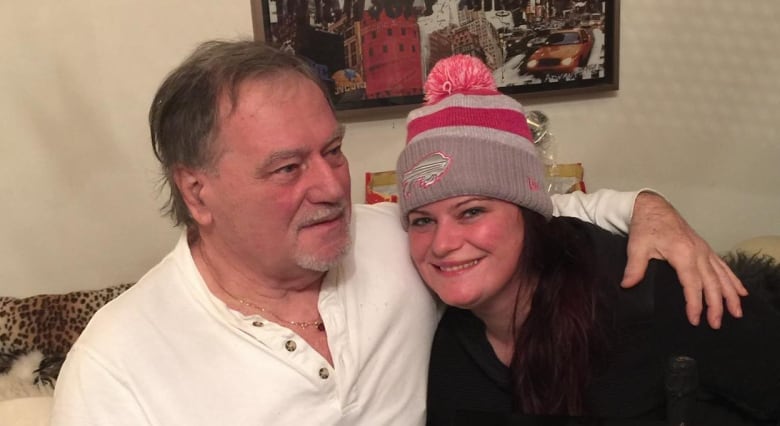 Physician error accounts for about three-quarters of those cases, said Pat Croskerry, a professor in emergency medicine at Dalhousie University in Halifax who researches diagnostic error and provided the estimate. Most medical malpractice suits in Canada are rooted in misdiagnosis claims.

“This is a very significant problem for patient safety … and the physician is involved most of the time,” said Croskerry.

Croskerry said emergency rooms are particularly vulnerable. Physicians are often stressed, overloaded and overtired, weighing any number of diagnostic possibilities for dozens of patients in a single shift.

“This is not Trivial Pursuit in terms of putting your finger on a diagnosis. It’s a very complicated process, and it depends upon a whole cluster of many variables,” said Croskerry. “I’ve had a lifetime, a career in emergency medicine, and I sometimes wonder how we ever get it right.”

Patient safety review to be done

Vancouver General and Royal Columbian are two of the busiest hospitals in British Columbia, each with congested emergency rooms.

In statements to CBC News, the health authorities overseeing the hospitals offered condolences to the Pekarek family but declined comment on specifics of the case citing patient confidentiality. 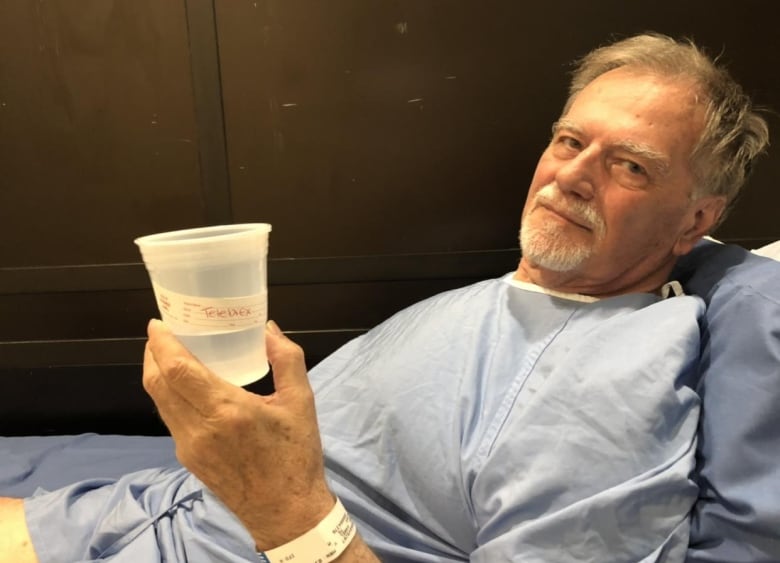 Pekarek ‘had a very good life,’ according to his daughter Katharina. (Submitted by Chantal Pekarek)

“We expect our system to always provide the highest quality of care for all of our patients,” read an email from Vancouver Coastal Health, which oversees VGH. 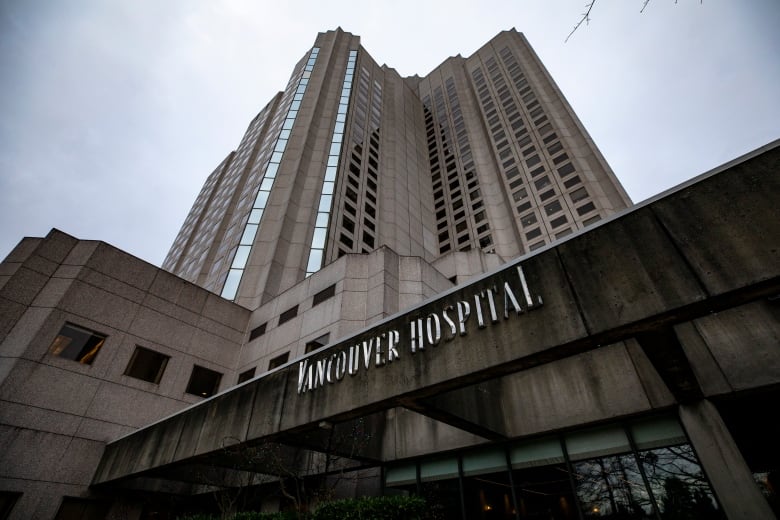 Pekarek’s cancer was ultimately diagnosed at Vancouver General Hospital, one of the busiest hospitals in B.C., with a congested emergency room. (Ben Nelms/CBC)

Fraser Health said it would be launching a patient safety review to re-examine the treatment Pekarek received at Royal Columbian.

Both authorities said any complaints about care should be filed with their patient care quality offices. ‘I could see that it was really eating him’

Pekarek’s cancer was ultimately diagnosed after a third visit to an emergency room, back at Vancouver General, and laparoscopic surgery on July 23. In a follow-up visit with his family doctor, Pekarek learned the cancer was too advanced to treat with chemotherapy or radiation. He was told he had one year to live, at most.

Pekarek and his ex-wife, Chantal Pekarek, had made travel plans before the final diagnosis. They were travelling to Rochester, N.Y., for the birth of their fourth grandchild — Andrews’s daughter — in early August.

Karel and Chantal divorced several years after marrying in 1978 but remained best friends who spoke nearly every day. 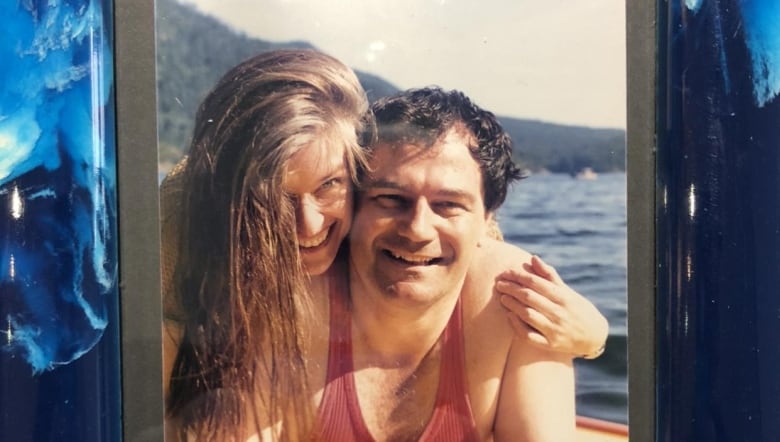 The Pekareks arrived in New York on Aug. 6, the day before Andrews was scheduled to have a Caesarean section. Karel was already using a wheelchair.

“I put my arms around him, and he felt so skeletal. I could see that it was really eating him and that he was in so much pain already,” said Andrews, 31.

Karel was bedridden and missed the birth of his granddaughter, Maiev. 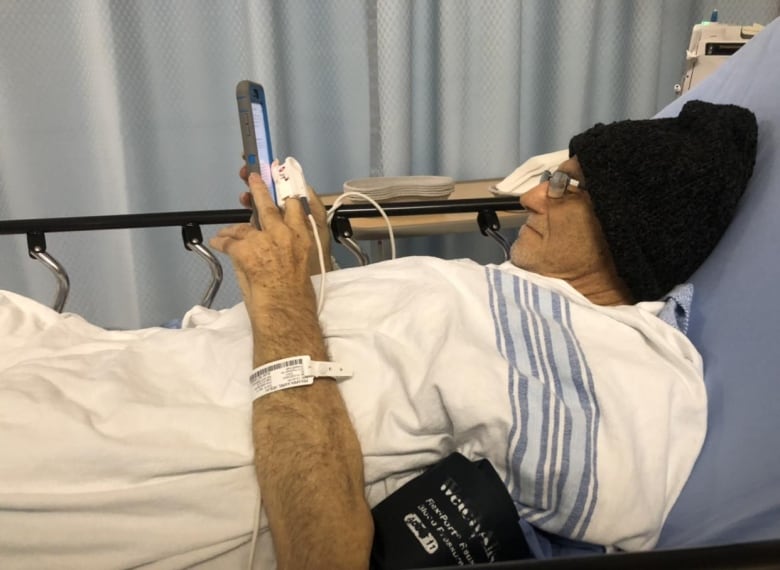 Pekarek’s cancer was ultimately diagnosed after a third visit to an emergency room and laparoscopic surgery on July 23. (Submitted by Chantal Pekarek)

His condition rapidly deteriorated during the remainder of the month-long trip. He was seldom able to leave his room to spend time with family. He stopped eating, wracked by nausea and was even vomiting the weak tea and honey Andrews brewed for him. Andrews and Chantal spent their time together on the phone with health-care providers, trying to find any relief through the Pekareks’ health insurance coverage.

Chantal and Andrews said they told several doctors about their travel plans before leaving Vancouver, but claimed Pekarek was not prescribed any medication to ease his pain. He relied on over-the-counter Tylenol.

The family discussed whether Pekarek would make it home.

“My dad always took very good care of himself. And by the end of the month … He couldn’t stand at the mirror and shave himself. He had to sit down on a garbage pail,” Andrews said.

“Mom was telling him, ‘You know, you can stay. They have the room here, it’s OK.’ And Dad just said, ‘No, they have a newborn. I want to die at home.’ He already had it in his mind. He thought he was a burden.” 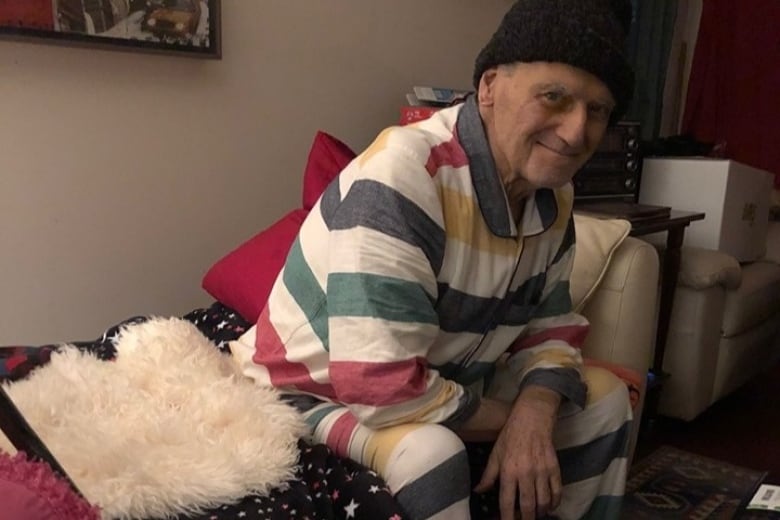 Pekarek in the weeks before his death. (Submitted by Katharina Andrews)

Andrews gave her dad a hug in the airport parking lot when it came time for the flight home on Aug. 31.

“I didn’t think at the time it would be the last time I would see him,” said Andrews. “He cried. I was trying to be strong and not cry, but I was crying, too. I wish I hugged him longer than I did. It was kind of like, ‘OK, I love you, see you again.’

“My mom told me he cried the whole way to the gate.”

Karel arranged for a hospital bed and an in-home care nurse once he returned home. Serendipitously, the nurse’s name was Maeve.

On the evening of Oct. 12, Chantal visited Karel at his apartment before leaving to pick up Pekarek’s second daughter, who was flying to Vancouver from Prague. The airport was less than an hour away.

Karel died before they returned, alone on the hospital bed in his living room.

Andrews didn’t make the trip to Canada, having been unable to get a passport for her newborn, who was still breastfeeding, in time.

Chantal and Andrews acknowledge an earlier, accurate diagnosis may not have saved Karel’s life given the advanced stage of his illness. But they wish there had been more opportunity to manage his suffering.

“My dad was a heck of a man. He’s probably what all people should aspire to be like,” Andrews said of her father, who never retired from his job as a chauffeur. “He was always very funny, always very quick-witted, good heart, very generous, cared a lot about people.

“He had a very good life … I just wish the end of it wasn’t so painful.”