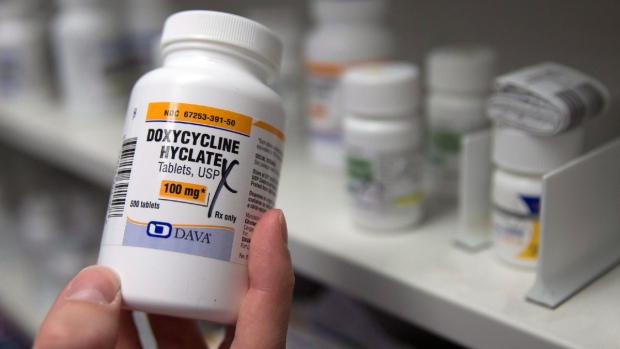 A British study found widely used antibiotics azithromycin and doxycycline were generally ineffective against early-stage COVID-19, as the search for treatments against the illness continues while vaccines are being rolled-out.

The trial, backed by the British government and dubbed PRINCIPLE, found no beneficial effect in patients over the age of 50 who were treated with either of the antibiotics at home, Oxford University said on Monday.

The results were a setback as the antibiotics, commonly used to treat respiratory infections, are cheaply available. In December, a trial of azithromycin in severe COVID-19 patients also found no benefit.

“Our findings show that a three-day course of azithromycin or a seven-day course of doxycycline has no important clinical benefit in terms of the time taken to feeling recovered,” said Chris Butler, co-lead investigator of the study.

The PRINCIPLE trial is assessing a range of potential treatments for COVID-19 that might be suitable for use at home in the first 14 days to help patients recover more quickly and prevent hospitalization or further intervention.

“While it is disappointing … these are both important findings which will reduce the use of ineffective antibiotics for this illness,” said Richard Hobbs, co-lead investigator of PRINCIPLE.

The university added that further analyses and details from the trial will be published in a peer-reviewed journal soon.

Reporting by Pushkala Aripaka in Bengaluru; Editing by Shinjini Ganguli