You Are Here Home Health News U.S. has its 1st death from COVID-19, officials say 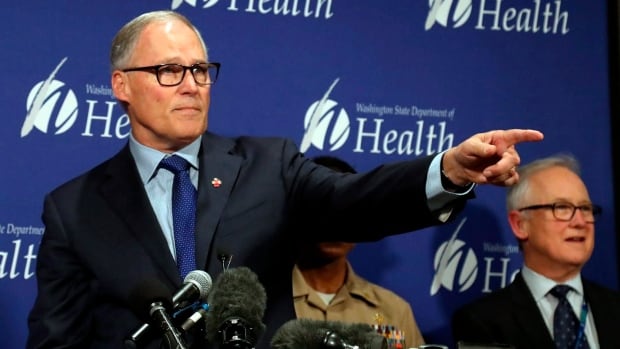 A person has died in Washington state of COVID-19, state health officials said Saturday, marking the first such reported death in the United States.

State officials issued a terse news release announcing the death, gave no details and scheduled a news conference. A spokesperson for EvergreenHealth Medical Center, Kayse Dahl, said the person died in the facility, but gave no details.

State and King County health officials said “new people [have been] identified with the infection, one of whom died.” They did not say how many new cases there are.

Amy Reynolds of the Washington state health department said in a brief telephone interview: “We are dealing with an emergency evolving situation.”

Washington Gov. Jay Inslee said the person who died was a man from Washington state.

“It is a sad day in our state as we learn that a Washingtonian has died from COVID-19. Our hearts go out to his family and friends,” Inslee said. “We will continue to work toward a day where no one dies from this virus.”

The number of coronavirus cases in the United States is considered small. Worldwide, the number of people sickened by the virus is about 85,000. There have been more than 2,900 deaths, most of them in China.

Health officials in California, Oregon and Washington state are now concerned the novel coronavirus could be spreading through West Coast communities, after confirming three patients were infected by unknown means.

The patients — an older Northern California woman with chronic health conditions, a high school student in Everett, Wash., and an employee at a Portland, Ore.-area school — hadn’t recently travelled overseas or had any known close contact with a traveller or an infected person, authorities said.