You Are Here Home Health News Vaccine hesitancy in Alberta falls to 17%, less than half of January peak: Angus Reid poll 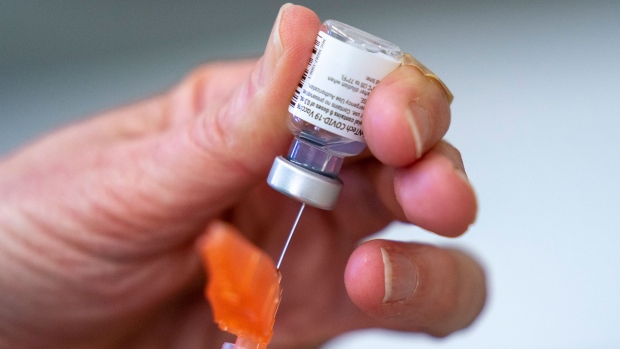 CALGARY — Fewer Albertans intend to turn down vaccination against COVID-19 than just a five months ago.

According to updated polling from the Angus Reid Institute, 17 per cent of Albertans are either unsure or else do not intend to get their shot.

In January that number was at 45 per cent and led the country.

Saskatchewan now has the highest level of vaccine hesitancy in Canada at 24 per cent. The other provinces range between 10 and 12 per cent according to the poll.

Doctors believe it will take 85 per cent of Canadians to be vaccinated in order to effectively drive out COVID-19 in a similar way to measles.

“You can still have breakthroughs, little outbreaks every once in a while, but it doesn’t rule our lives. We will have the supply, if people get immunized we will reach herd immunity.

“Our trajectory is not there yet, but that’s why we need to do as much as we can to try and get it higher.”

Hu says the two most common reasons for reluctance is either a lack of concern for the virus’ ability to hurt them, or a lack of trust in government regulators and the speed of vaccine development.

While many cases of COVID-19 are indeed mild, each case is like a lottery ticket, with some people experiencing severe, lingering illness.

Even young healthy Albertans have died. There are no sure predictors who will become severely ill.

More than 2.2 million doses of vaccine have been given in the province with less than 350 of those experiencing adverse reactions.

Hu says despite clear data that COVID-19 has a vastly greater chance of hurting a person, that’s often not enough to overcome a person’s resistance.

“We still need to have those conversations in sort of gentle, accepting way,” he said.

The Angus Reid Institute’s online survey of 1,594 Canadian adults was conducted over three days beginning April 20. The margin of error for a survey of a similar sample size is considered to be +/- 2.5 percentage points.