Obtaining the Campaigns list from the server has failed!
Server response:
CM Ad cahger Server plugin is not active on https://legendarygroup.co/admanager/
You Are Here Home Health News Vaccine mandate: How a wrongful dismissal claim could play out 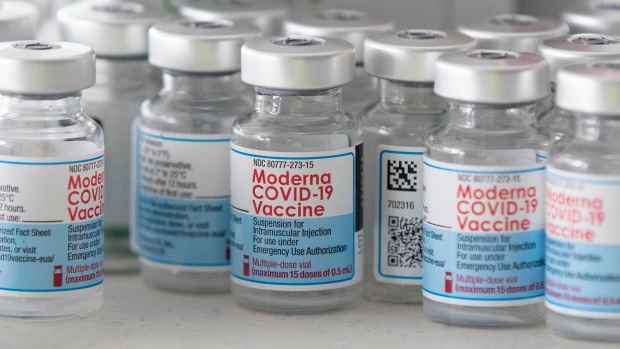 As workplaces enforce their own vaccine mandates — placing their employees on unpaid leave or terminating their employment altogether if they refuse to get vaccinated without a medical exemption — it remains to be seen just how many wrongful dismissal claims will be launched, and whether they will stand up to legal scrutiny.

Although each case will depend on its own set of facts, this has become largely new territory for the lawyers who specialize in this field of law.

CTVNews.ca spoke to three lawyers about what a wrongful dismissal claim could look like as it relates to vaccine mandates, which more than anything may revolve around whether to compensate an employee.

Already, some rulings have been issued related to vaccine policies.

This month, a labour arbitrator dismissed a claim brought by Teamsters Local Union 847 against Maple Leaf Sports and Entertainment after an employee was placed on unpaid leave for refusing to disclose his vaccine status.

An arbitrator this month also ruled in favour of the Power Workers’ Union in Ontario after it filed a grievance alleging the Electrical Safety Authority’s vaccine policy was unreasonable and a “significant over-reaching” of management rights.

Also this month, an arbitrator dismissed a grievance by United Food and Commercial Workers Canada Local 175 against Bunge Hamilton Canada, concluding the employer’s vaccine policy to be “reasonable.”

And in November, the Ontario Superior Court of Justice denied a request from Amalgamated Transit Union Local 113 to pause the Toronto Transmit Commission’s vaccine policy for up to 60 days.

Lior Samfiru, a national co-managing partner at Samfiru Tumarkin LLP, told CTVNews.ca that his firm has received thousands of questions in recent months about vaccine mandates.

Samfiru, who specializes in labour and employment law and whose firm represents both employees and employers, says the firm has been retained by hundreds of individuals who have been let go because they weren’t vaccinated or were placed on unpaid leaves of absence.

“I can tell you, that right around nearly 20 years of practising law, I have never seen the same issue come up so often and so extensively in such a short period of time,” he said.

When it comes to a wrongful dismissal claim, he says it doesn’t have much to do with why an employee is let go, but rather on whether compensation is owed.

If an employee is let go without proper, or any, severance, that person is generally considered to have been wrongfully dismissed, regardless of the reason, Samfiru says.

The other aspect to consider is what happens when an employee is put on indefinite unpaid leave.

In those cases, Samfiru says an employee can wait to get called back to work. Otherwise, the individual can treat it as a termination, also known as constructive dismissal, which an employee also would be entitled severance for, he says.

Another factor is whether an employee is unionized or not. A unionized employee would not be allowed to bring a wrongful dismissal claim in civil court and, instead, would have to bring a grievance through his or her union, as it relates to the collective agreement with their employer.

A non-unionized employee, meanwhile, would typically launch a civil action. Certain employees in federally regulated industries, such as air transportation, banks and telecommunications, who aren’t unionized also have the right to grieve their case through an unjust dismissal claim under the Canada labour Code, similar to what a unionized employee would proceed through with arbitration.

The situation also would be different if a government mandate exists, Samfiru says, such as one for federally regulated workplaces.

The federal government has said it will require employees in all federally regulated workplaces to be vaccinated against COVID-19, with regulations coming into force in early 2022.

Bill Gale, an employment lawyer and partner at the Toronto firm Grosman Gale Fletcher Hopkins LLP, says when it comes to ensuring the health and safety of employees, he believes a lot of employers are nervous about the potential for lawsuits.

Given the circumstances of the last two years with the pandemic, Gale says he believes judges will be more likely to find these mandates to be reasonable.

But on the issue of severance, he said judges have tended to be fairly protective of “the little guy.”

“So I think that part of it, there will be a lot of sympathy for a lot of employees who’ve lost their jobs,” he said.

An employee could be let go without severance, or for cause, if the individual is guilty of serious wrongdoing, such as theft, fraud or gross insubordination or incompetence.

Many employers, Samfiru says, have taken the position that an employee’s refusal to get vaccinated is cause.

“It’s really about whether or not that employee is owed severance and it’s our view, and generally the legal view, that in most cases if an employee is let go because they’re not vaccinated that’s not cause,” he said.

Ultimately, the question of whether an employee’s refusal to get vaccinated counts as insubordination is what the courts may decide.

“I think that in those types of cases, judges will be reluctant to equate refusal to become vaccinated for cause for dismissal, because then the employee gets nothing,” Gale said.

Casey Dockendorff, a partner at Filion Wakely Thorup Angeletti LLP and a lawyer based out of London, Ont., who works on behalf of employers, said just cause can depend on a number of factors.

Was the policy reasonable given the circumstances? Did the employee know about the policy? Was he or she given an opportunity to comply with it? Were warnings issued? Was the employee advised of the consequences for failing to comply?

“That’s what a court is going to look for on a straight-up termination,” she said.

But in the end, no situation is black and white.

“I think there’s no one-size-fits-all approach to this and we’ll have to see how this shakes out in the courts,” Dockendorff said.

A human rights complaint, which could involve race, religion, sex, place of origin, age and disability, is normally handled by a tribunal, but claims can be brought up in court alongside wrongful dismissal actions.

Specific to vaccines, an employee could claim a medical exemption if a doctor confirms the person would have an adverse reaction to a vaccine.

But on religious or personal beliefs, the question becomes a bit more complicated.

“I’m not aware of a religion that prohibits this type of vaccination as part of its religious dogma, if you will,” Gale said.

“The OHRC is not aware of any tribunal or court decision that found a singular belief against vaccinations or masks amounted to a creed within the meaning of the Code,” the statement reads.

It would also depend on the policy itself and whether it actually makes vaccination mandatory.

“It’ll be interesting to see what the courts say with respect to an employer’s ability to mandate a particular vaccine, provided that there’s exemptions for human rights-related reasons,” Dockendorff said.

Samfiru says most employment matters do settle, often within a few weeks or months, although some vaccine mandate-related cases could head to court by this summer or fall at the earliest.

The issue of compensation would be felt more strongly by small-business owners, who may already be struggling financially and could be liable to pay up to two year’s worth of severance per employee.

One issue that may involve the courts as well, he says, is whether a demand for an employee’s vaccination status is in fact legal under occupational health and safety legislation.

“I think there’s a real argument that it’s not legal,” he said.

Especially with the Omicron variant so widespread, the success of future cases may depend on what exactly an employer is looking to accomplish with its vaccine policy.

Omicron, while more transmissible, is less likely to result in severe illness or hospitalization compared to the Delta variant, particularly for those who are fully vaccinated, research has shown.

But from an employment standpoint, Samfiru says if a person is at a higher risk of getting Omicron despite being fully vaccinated, it could call into question the justification for certain vaccine mandates.

“I think a lot of employers are implementing these mandates as kind of knee-jerk reactions without actually considering their liability and what they may owe these employees, and it’s a problem.”