You Are Here Home Health News Warning about increasing toxicity follow another record-breaking month for illicit drug overdoses in B.C. 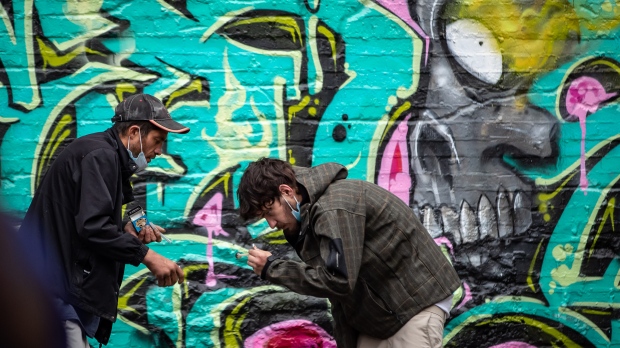 VANCOUVER — The latest data from B.C.’s chief coroner shows that April was another deadly month in the province’s overdose crisis.

Lisa Lapointe announced Tuesday that at least 176 deaths were attributed to toxic illicit drugs in April, a number she said is a record for the month of April.

The toll is 43 per cent higher than in the same month last year, and an average of 5.9 deaths per day.

Lapointe said in a joint news release with B.C.’s Ministry of Public Safety that a total of 680 people have died in the first four months of 2021 due to illicit drug overdose.

“Once again, we’re reminded that the scale of this public health emergency is truly unprecedented,” Lapointe said.

She said it’s the 14th consecutive month in which more than 100 people have died from illicit drug overdose.

Her latest statement came with a warning: the toxicity of B.C.’s drug supply is increasing.

So far this year, fentanyl has been detected in 86 per cent of deaths, she said. It’s the same percentage as in 2020, however the report suggests there has been an increased number of cases with “extreme fentanyl concentrations.”

It appears this trend began in April of last year, when that percentage of cases increased to about 12 per cent, compared to eight per cent between January 2019 and March 2020.

This timeline matches what health officials including emergency room doctors have noted to media: the pandemic is partially to blame.

Dealers are having to find alternate sources, meaning users may be taking substances with higher or lower potency than they’re used to.

“The latest numbers emphasize the toxicity of the illicit drug supply in B.C.,” Lapointe said.

The more potent carfentanil has been found in 62 samples in the first four months of 2021, compared to 65 samples in all of 2020.

There’s also been a noted increase in the presence of benzodiazepines, which have been the subject of some warnings from local police departments. Lapointe said the latest data suggests benzos were present in 57 per cent of samples in April. The psychoactive drugs were only found in 15 per cent of samples back in July, she said.

The top four detected drugs in fatal overdoses in the last few years have been fentanyl, cocaine, methamphetamine/amphetamine and “other opioids.”

WHO IS DYING, AND WHERE?

Lapointe said the majority of deaths this year (61 per cent) have been in B.C.’s Lower Mainland, meaning the Vancouver Coastal and Fraser health authorities.

Still, she said, there’s evidence the issue is widespread in the province. The health-service delivery areas with the highest rates of deaths are Vancouver, Northeast, Thompson Cariboo, Northwest and North Vancouver Island.

The townships with the highest number of deaths this year are Vancouver, Surrey and Victoria.

Most of the people who’ve died this year are men, and between the ages of 30 and 59.

The coroner said the proportion of deaths of people aged 50 and older has been increasing, however, and now stands at 39 per cent.

The majority of people died in private or other types of residences. Nearly all were inside, though 94 of the 680 were outside, and seven had the place of injury listed as “unknown.”

No deaths have been reported at supervised consumption or overdose prevention sites.

“We know that substance use disorder is a complex health issue, and those experiencing it need meaningful and compassionate services and supports,” Lapointe said.

“Far too often, we hear from families who have lost a loved one that no help was available despite desperate searches over months or years. It is critical that harm reduction services, including safe supply, are accessible where and when people need them, and that recovery services are evidence-based and accountable.”

Earlier this year, the province announced it would make a formal request to Ottawa to be exempt from laws barring possession of drugs including meth and heroin, provided the amount in question is for personal use and not trafficking.

The announcement came as B.C. marked the fifth anniversary of the public health crisis.

Compared to other causes of unnatural deaths in B.C., illicit drugs are still by far the most common.