You Are Here Home Health News ‘We need trust’: How a COVID-19 vaccine came so quickly 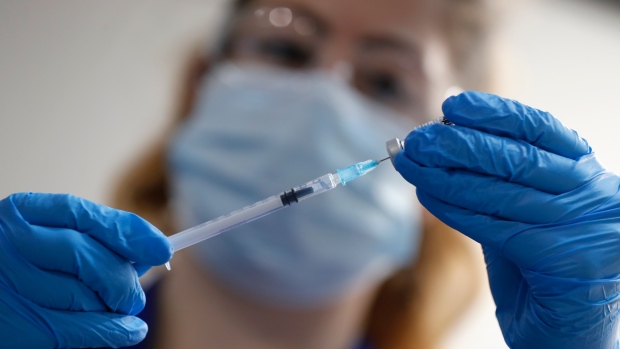 TORONTO — Months ago it seemed impossible a vaccine for COVID-19 would even reach final trial stages by December, let alone the arms of Canadians.

But now the first of several potential coronavirus shots is likely days away after Health Canada approved the candidate by BioNTech and Pfizer Inc. on Wednesday.

If most vaccines take years to develop and distribute, how is it that we got here so quickly? Is there any cause for concern that speed means danger?

Experts say that the speed is not a product of hasty shortcuts, but instead a combination of multitasking, a co-ordinated global effort and the fruits of earlier research. Understanding this is a matter of public health concern, said Kerry Bowman, a bioethicist and environmentalist with the University of Toronto whose work on emerging zoonotic diseases involved him in research and health-care work during the Ebola and SARS outbreaks.

“The Canadian public are assuming that all of this happened at record speed and every conceivable corner was cut,” he told CTVNews.ca over the phone on Thursday.

But that’s not so.

The SARS-CoV-2 virus that causes the COVID-19 disease isn’t the first coronavirus. Human coronaviruses were first identified more than 50 years ago with the HCoV-229E, which infects humans and bats. Scientists have since discovered five others, including MERS-CoV, which causes Middle East Respiratory Syndrome, and SARS-CoV, the first strain of the SARS coronavirus species that led to the current pandemic of COVID-19. The groundwork was not for nothing, said Bowman.

“Because we’ve got this pattern of emerging infectious diseases… many good people have been on to this and developed a research platform that really, really was tremendously useful when this COVID-19 pandemic struck,” he said.

“They really weren’t starting from ground zero at all. We really built on previous lessons tremendously and now we’re going to soon reap the benefits of that.”

After COVID-19 broke out in China, scientists there were quickly able to produce the genetic code for the novel coronavirus and shared it with the global community on Jan. 11, before outbreaks took hold in many other countries. Despite the quick action of the scientific community, the pandemic continued on a grim course, which Bowman said points to social and political failures, not academic.

“This pandemic was an accident waiting to happen,” he said. “Our governments were very slow to respond to such a massive threat.”

While labs quickly harnessed the new genetic code, other technologies had already been developed in years prior for other diseases, particularly the messenger RNA vaccine technology, which modifies the gene responsible for making the coronavirus protein and attaching the virus to cells in the body, thereby producing an immune response. The newly approved Pfizer vaccine is one of them.

Vaccine development and production requires a lot of money from partnerships between pharmaceutical companies, which has never been such a swift process, said Bowman, providing the resources required to ramp up development.

“Normally, funding and partnerships really drag out with these types of things. Global emergency partnerships have happened very quickly,” he said.

Other steps of the process that normally would take several years and happen sequentially were sped up and done in unison instead.

“Rather than wait till one step was completed, they did a lot of things in parallel, only if it was safe and made sense scientifically,” said Bowman.

Normally, pharmaceutical companies would send fully completed data sets to Health Canada for approval, and analysis of that data would be under embargo. Instead, it has happened in “real time,” said infectious disease expert and associate professor at McMaster University Zain Chagla, with health agencies reviewing incomplete data sets as they come in throughout the course of clinical trials.

“This is a global emergency that’s shutting down society and relatively so, this is probably the biggest intervention to date that might actually reduce some of the burden in our communities,” he told CTVNews.ca last month.

Another element that provided a push for vaccines was the second wave of COVID-19 infections. While the spread of the virus has been devastating, with known infections tripling worldwide since late August, the surge meant that clinical trials reached important markers earlier than anticipated, providing more robust data.

The pandemic remains far from over, with more than 2,400 deaths in the last month and 6,000 new infections daily across the country. All the more reason why Canadians should trust that the potentially pandemic-ending COVID-19 vaccines that are beginning to circulate weren’t made by cutting corners, experts say.

“There’s very good reasons why this moved as quickly as it did,” said Bowman. “We need trust because there’s many Canadians that are vaccine hesitant.”