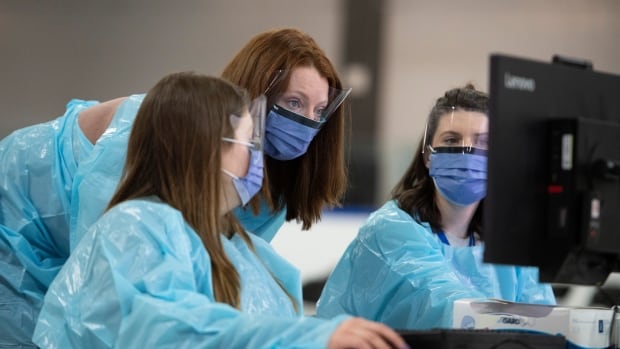 The World Health Organization has cautioned against using ibuprofen to manage symptoms of COVID-19, the illness caused by novel coronavirus.

Ibuprofen is a non-steroidal anti-inflammatory medicine, or NSAID. It’s sold under a number of brand names, including Advil and Nurofen. In addition to treating pain, it’s often used to manage fever associated with various viral or bacterial infections.

WHO spokesperson Christian Lindmeier told reporters in Geneva Tuesday that although there is no recent evidence to suggest that ibuprofen increases mortality from the disease, WHO cautions against using it to treat COVID-19 symptoms until its experts investigate the issue.

However, a Canadian drug safety researcher said people who currently take ibuprofen to manage other conditions should not stop doing so.

There have been conflicting reports about the use of Ibuprofen and other NSAIDs since French Health Minister Olivier Véran, also a neurologist, tweeted Saturday that it may worsen a COVID-19 infection.

Véran was referencing a study in the medical journal the Lancet that suggested NSAIDS could have the potential to worsen COVID-19.

The European Union’s medicines agency said Wednesday there is currently no evidence that taking ibuprofen makes the disease caused by the coronavirus worse.

The British Pharmacological Society agrees but recommends against their use for now.

“We support the cautious approach as more evidence is collected,” said the society’s president, Munir Pirmohamed.

“Until we have more information, people should take paracetamol to treat the symptoms of coronavirus, unless they have been told by their doctor that paracetamol is not suitable for them.”

Paracetamol is known commonly as acetaminophen in Canada and sold under brands such as Tylenol.

While telling everyone to be prepared, the World Health Organization praised South Korea’s handling of the coronavirus and said Canada is part of a large international treatment study. 7:28

David Juurlink, head of the division of clinical pharmacology at the University of Toronto, said the concern about ibuprofen “doesn’t seem to be based on a great deal of good evidence.”

He said he worries that people who take ibuprofen to manage conditions such as rheumatoid arthritis or other chronic pain will stop doing so out of concern about COVID-19. That’s not advisable, especially without first speaking to your primary care physician.

Not all fevers need to be treated

If you do have the virus, it may be helpful to consider that fever is part of the body’s natural defences against infection.

“The first decision people should make is whether or not they need to treat a fever at all. It’s very common for people to want to intervene when they see that their temperature is up,” he said.

“The main reason to do so is when it’s making the person very, very uncomfortable.”

Regardless of whether concerns about ibuprofen’s effect on COVID-19 bear out, acetaminophen is the preferred choice for most patients anyway, said Juurlink.

While COVID-19 is a new disease, some of what’s known about ibuprofen’s potential downsides could apply, experts say.

Charlotte Warren-Gash, an associate professor of epidemiology at the London School of Hygiene and Tropical Medicine, said the class of drugs is already used only selectively for people with underlying health conditions.

‘No reason to panic buy’

Switzerland’s government has launched the rationing of some common painkiller and anti-fever drugs to prevent panic buying caused by the coronavirus outbreak.

The government said the restriction, which starts immediately and will run for the next six months, was not introduced due to a shortage of drugs.

“It is a message to people not to buy too much and is designed to regulate the situation,” a government spokesperson said. “There is no reason to panic buy.”

Benefits of team building exercises jeopardized if not truly voluntary

Being Black in Canada | Special presentation (2021)