You Are Here Home Health News WHO, UNICEF declare end of polio outbreak in the Philippines 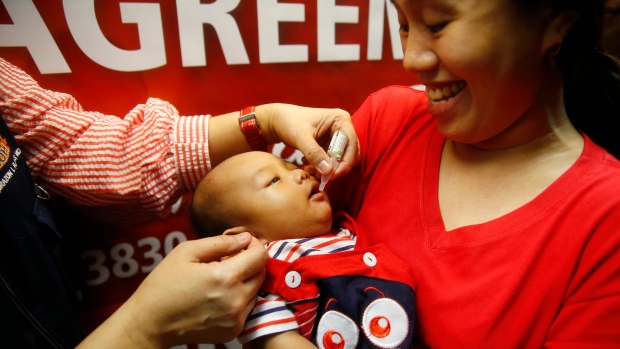 MANILA, PHILIPPINES — A polio outbreak in the Philippines has ended, according to the World Health Organization and the United Nations Children’s Fund, which praised government efforts to fight the disease despite the coronavirus pandemic.

The UN agencies said in a joint statement on Friday that the Philippine Department of Health concluded its response to the polio outbreak on June 3 after no cases were detected for 16 months following a massive immunization campaign and surveillance.

Philippine health officials announced that polio had re-emerged in the country in September 2019, nearly two decades after the WHO had declared the Southeast Asian nation free of the viral disease, which can cause paralysis and death. There is no known cure.

Government health officials, backed by the WHO and UNICEF, then considerably expanded an anti-polio campaign which continued despite the onset of the COVID-19 pandemic last year. About 30 million doses of oral polio vaccine were administered to children across the Philippines.

“This is a major win for public health and is an excellent example of what collective efforts can attain, even in the midst of the COVID-19 pandemic,” said Dr. Rabindra Abeyasinghe, who represents the WHO in the Philippines.

The government’s immunization programs were marred in 2017 by a dengue fever vaccine made by French drug maker Sanofi Pasteur which some Philippine officials linked to the deaths of at least three children.

The government halted the dengue immunization drive after Sanofi said a study showed the vaccine may increase the risk of severe dengue infections. More than 830,000 children received the Dengvaxia vaccine under the campaign, which was launched in 2016 and halted in 2017.

Sanofi officials said the Dengvaxia vaccine was safe and would reduce dengue infections if the vaccination drive continued.

Philippine health officials have struggled to restore public trust in vaccines since then.