You Are Here Home Health News Why ‘be kind, be calm and be safe’ is more than just a catchphrase in B.C.’s COVID-19 fight 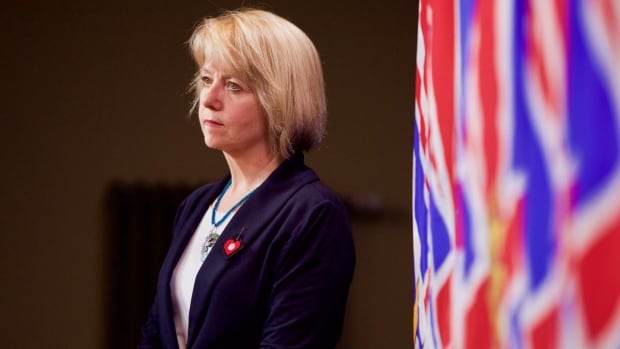 First, the good news: by all metrics, B.C. is handling the COVID-19 outbreak nearly as well as one could hope.

The curve of the outbreak was flattened in a month and hospitalizations have fallen steadily since the beginning of April.

Analysis by CBC News also shows that of the 40 jurisdictions in Canada, the United States or western Europe with at least five million people, B.C. has the lowest number of per capita deaths.

But now comes the tricky part — keeping the virus in check, slowly easing some restrictions and maintaining social cohesion.

All at the same time.

“It’s finding the right balance, and to communicate that is difficult,” said Frederick Grouzet, a psychology professor at the University of Victoria.

Grouzet, who studies how people react to fears or threats and how they perceive risk, said easing restrictions during a global viral outbreak poses a particular challenge in messaging.

That’s because in some ways, it’s straightforward to tell everyone to stay inside and avoid group interactions.

But as hospitalizations continue to fall, and the province transitions from trying to stop widespread outbreaks to containing a minimal level of cases, trying to regulate a “new normal” — as Health Minister Adrian Dix has phrased it several times — will be harder.

If the B.C. government, as expected, loosens some restrictions, the changes are almost certain to be open to interpretation. Tolerance levels for how far people are willing to relax, and what they are willing to tolerate from friends and neighbours will be tested.

Government officials admit it’s a unique messaging challenge, one without much precedent.

It’s part of the reason Dix and Chief Health Officer Dr. Bonnie Henry have spent a lot of time in the past week talking about how it might work, even if it’s still weeks away, because mentally preparing people is key.

WATCH | Are you safer from COVID-19 indoors or outdoors?

Andrew Chang asks an infectious disease doctor whether it’s safer to be indoors or outdoors during the coronavirus pandemic. 1:02

“I think the biggest challenge … is to communicate the fact that it’s not an open bar now,” said Grouzet.

“Some people in order to be convinced to pay attention, they need to be a bit scared, or see something as a threat. But it’s simple actions, simple things around physical distance, that will allow us to continue to live and have a good life and not be afraid of others.”

Whatever the relaxed guidelines look like, it’s almost certain people will still be asked to keep safe distancing in public and practise safe hygiene. But it also means those with the most fear will have to accept some activities will happen that they won’t be comfortable with.

“It’s not just people from away who can contract the virus and have it spread through communities, it’s people within communities,” said Premier John Horgan this week, who emphasized that people should avoid non-essential travel, but essentially dismissed a request from Vancouver Island mayors to restrict travel on BC Ferries next long weekend.

That request came after a large outcry over travel last long weekend, fuelled by social media — despite ferry traffic being down by 85 per cent and the number of people on Vancouver Island and the Gulf Islands who have hospitalized due to COVID-19 going from 21 to 22.

“We have a tendency to retain the anecdotes and the stories we see, and we pay less attention to the general message,” said Grouzet.

And there will be a lot of anecdotes and stories in the weeks to come.

Health officials are preparing several pieces of research to give Horgan and his cabinet next week that will help them navigate both strategy and messaging this next period.

But the best hint of what is driving their thinking might come from the book Henry once said influenced her thinking on epidemics the most.

Not a piece of research, but the 1947 Albert Camus novel The Plague.

“[It] captures the psyche of people,” Henry said in a 2009 interview with the CBC’s Shelagh Rogers.

“One of the things that I’ve learned around chasing infectious diseases is that they evoke a fear in people that is very different from other types of disasters. A lot of it comes from not understanding and not knowing and not being able to see these things that are causing disease.

“It struck me as being an important reflection on people’s reactions to things.”

Understand that, and you can understand why Henry’s message to British Columbians every day has focused on empathy and collective understanding more than restrictions and criticizing.

After all, when Henry declared an official health emergency on March 17, she ended her initial statement with a new phrase that has been heard countless times since.

Words that were important then — but even more critical as the initial weeks of handwashing and physical distancing reminders stretch into months.

‘This country must come together’: CMA urges national approach to fighting COVID-19 crisis