Canada is falling behind in its initial rollout of COVID-19 vaccines at a critical time in the pandemic, and experts say our most vulnerable populations are being left at risk.

Despite having months to prepare for the deployment of the initial shipment of vaccines to those most threatened by COVID-19 in long-term care facilities, a consistent rollout plan has yet to fully materialize on the ground.

“It just seems to be chaos right now,” said Alyson Kelvin, an assistant professor at Dalhousie University and a virologist at the Canadian Centre for Vaccinology evaluating Canadian vaccines with the VIDO-InterVac lab in Saskatoon.

“We know who is a vulnerable population, so we need a strategy of actually vaccinating them.”

Long-term care residents were largely left out of Canada’s initial rollout of the Pfizer-BioNTech vaccine, which requires storage temperatures of –80 to –60 C, in favour of waiting for the more easily transportable Moderna vaccine and vaccinating health-care workers first.

But once thawed, the Pfizer-BioNTech vaccine can be used for up to five days at basic refrigeration temperatures — meaning it could be taken out of distribution hubs across the country and brought into long-term care facilities directly during that window of time.

“We treated the Pfizer vaccine with as much care and respect as possible and that really created all these hub sites,” said Dr. Zain Chagla, an infectious diseases physician at St. Joseph’s Healthcare Hamilton and an associate professor at McMaster University. “And I think that did hinder some of the innovation and the ability to do things elsewhere.”

Fragmented rollout across Canada a ‘failure’

The federal government has deployed almost 500,000 doses of both the Pfizer-BioNTech and Moderna vaccines to distribution sites across the country since mid-December, but the actual rollout of vaccinations is up to the individual provinces and territories.

Quebec took the bold step of actually putting its vaccine distribution centres inside long-term care facilities, making it easier to inoculate residents as quickly as possible.

While British Columbia made the decision to move the Pfizer-BioNTech vaccine from its distribution sites almost immediately into long-term care homes to inoculate residents and staff upon receiving its first doses.

Yet Ontario decided against bringing the Pfizer-BioNTech vaccine directly into long-term care homes initially, despite other provinces doing so, and is only now doing so more than three weeks after receiving its first shipment.

Dr. Vera Etches, Ottawa’s medical officer of health, announced Tuesday the city would be transporting the Pfizer-BioNTech vaccine out of its distribution hub at the Ottawa Hospital and directly into long-term care residences, after vaccine-handling criteria from Pfizer were changed.

Despite receiving 53,000 doses of the Moderna vaccine last week, which is much easier to bring into long-term care residences, only 3,000 doses have actually been administered in Ontario as of Tuesday.

Ontario has pledged to vaccinate all residents, health-care workers and essential caregivers at long-term care homes in the hardest hit regions of Toronto, Peel, York and Windsor-Essex by Jan. 21, but has not set a deadline for the rest of the province.

To date, fewer than 1,000 long-term care residents have been vaccinated in Ontario.

“The provincial health-care systems aren’t experts in newly emerging viruses, brand new speedy vaccine platforms and pandemics,” said Kelvin. For that reason, ongoing communication from the federal government to the provinces and territories and local level is essential, she said.

“To leave each province and territory to have to come up with their own plan, when they’re not experts in this, I think is a failure.”

Kelvin said putting experts with relevant backgrounds in long-term care at the helm of vaccine rollouts across the country could have mitigated some of the missteps made so far.

“We need somebody who’s knowledgeable about long-term care facilities in Canada and their current functioning states,” she said.

WATCH | Vaccination lessons from around the world:

Canada’s COVID-19 vaccine rollout has gotten off to a sluggish start, but there could be lessons to learn from countries such as Israel, which has vaccination clinics operating around the clock. 3:11

Chagla said Ontario could have either proactively opened up more vaccine distribution centres, or used the five-day model of thawing the Pfizer-BioNTech vaccine and getting it directly into long-term care facilities in order to vaccinate those most at risk sooner.

‘Rules are made to be broken’

Dr. Allison McGeer, a medical microbiologist and infectious disease specialist at Toronto’s Mount Sinai Hospital who worked on the front lines of the SARS epidemic in 2003, says provinces need to be much more flexible in how they roll out the vaccines.

“You want to do what got done in studies, because you know what the outcome of studies were,” she said, referring to the clinical trial data for both COVID-19 vaccines.

“However, this is a pandemic and rules are made to be broken.”

Quebec and Manitoba decided not to reserve second doses for those who had received their first shot in an effort to speed up their vaccination campaigns, while Ontario has asked Health Canada to “look into” the possibility of providing Moderna’s vaccine as a single dose.

Both the U.S. Food and Drug Administration and the Public Health Agency of Canada advise against administering only a single dose of the vaccine.

McGeer said Canada should be focused on the most effective way to use the vaccines it has in hand, as opposed to letting them sit in freezers, even if that doesn’t always line up entirely with the usage guidelines.

WATCH | Weighing the pros and cons of going ‘off label’: 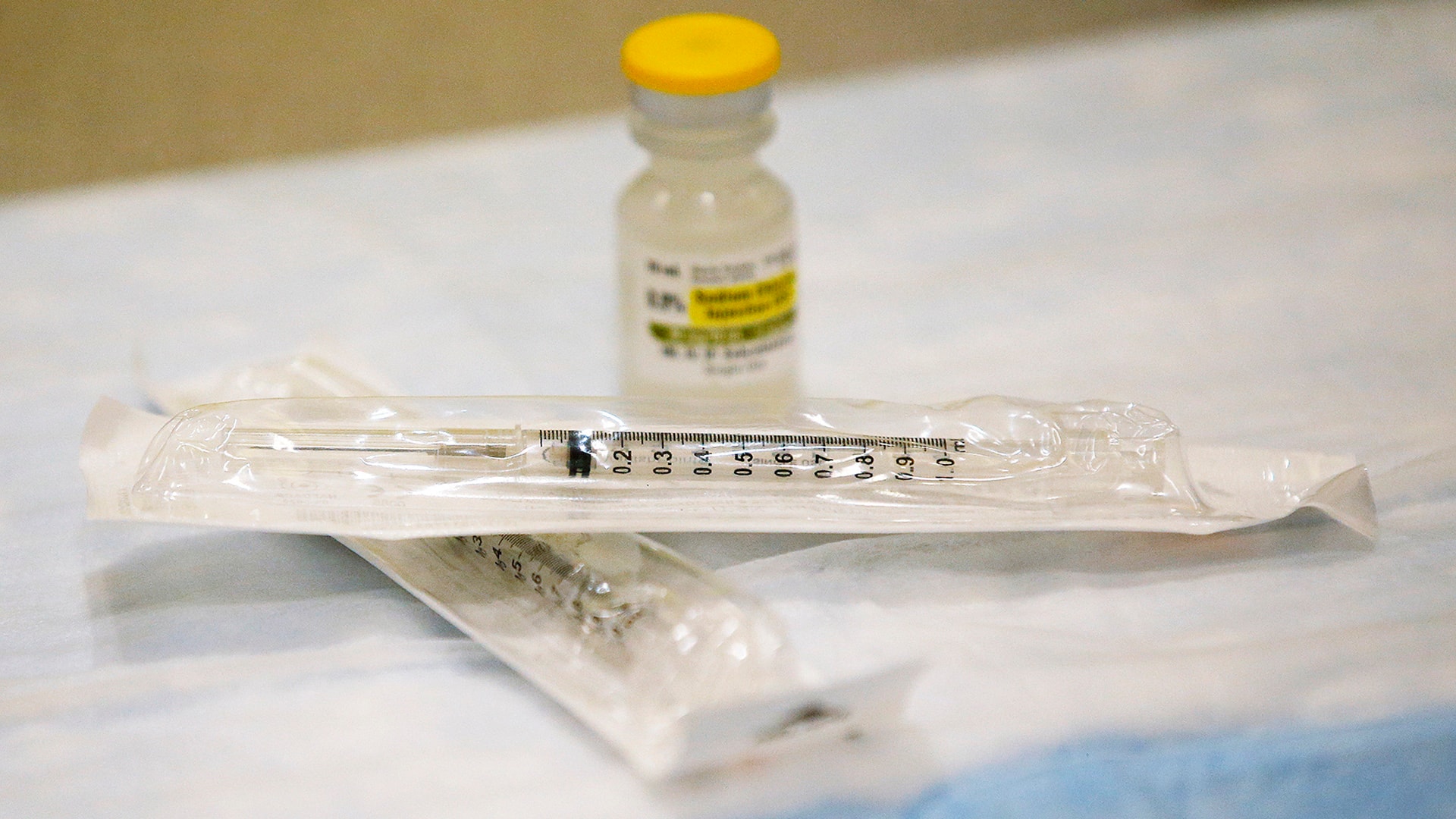 In order to distribute more COVID-19 vaccines faster, some jurisdictions are looking at using different vaccine doses, vaccination schedules and possibly mixing and matching vaccines. Experts say these choices are about weighing the risks of going ‘off label’ and the potential rewards. 2:01

She said that includes being open to the possibility of administering more initial doses to people as quickly as possible and spacing the second doses differently over a longer period of time.

“While we have to be careful with messing with what we’re doing with vaccines, we also really want to be focused on the most protection for the largest amount of people in the shortest period of time,” she said.

“And that definitely means being open to half doses, spreading doses further apart, mixing vaccines.”

Chagla agrees there are ways to pick up the pace that could be considered, including prioritizing giving people their first dose without reserving their second.

“But I don’t think we’re even at that point yet,” he said. “We just need to start getting the logistics up, and again, using the supply we have before we start reconsidering.”

The U.K. has come under fire for its decision to stretch the interval between doses to up to three months, as opposed to the recommended three to four weeks, and for opening the door to giving a person doses of two different vaccines.

Israel has made the decision to use up its initial supply of COVID-19 vaccines as quickly as possible in order to vaccinate as many people with the initial doses it has, with more than two million people set to get a shot by the end of the month.

“We need to be open to the concept that the way [the vaccines] were studied is not necessarily the best way to use them in the middle of a pandemic,” said McGeer.

“In Ontario, it actually doesn’t matter, because we’re so far behind in delivering vaccine that we could give second doses to everybody that’s had a first dose and we wouldn’t make a dent in our vaccine supply.