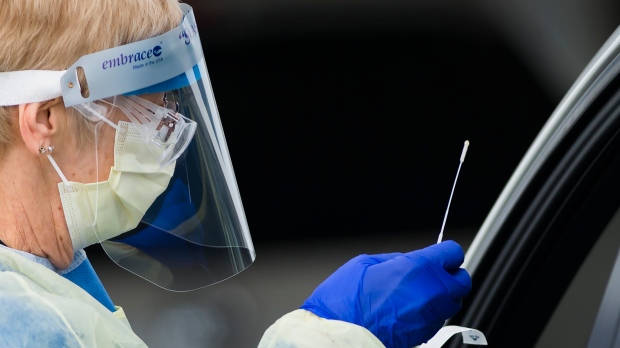 TORONTO — A new study has found that long-term symptoms after mild COVID-19 infection can persist for up to six months, including in young people.

While long-term complications after COVID-19 are common in hospitalized patients, the study, conducted by researchers out of the University of Bergen in Norway, noted that symptoms in milder cases can also linger for months.

“The main novel finding is that more than 50 per cent of young adults up to 30 years old, isolated at home, still have persistent symptoms six months after mild to moderate disease,” the study’s lead author and University of Bergen professor Nina Langeland said in a press release.

The findings were published Wednesday in peer-reviewed journal Nature Medicine.

According to the study, researchers analyzed the symptoms of 312 patients from Norway’s first wave of the pandemic six months after they were first infected with COVID-19. Of the patients studied, 247 isolated at home and 65 people were hospitalized with mild to moderate symptoms.

The study found that 61 per cent of all COVID-19 patients studied had symptoms six months after initially contracting SARS-CoV-2, the virus that causes COVID-19, and 55 per cent of the 247 home-isolated patients experienced long-term symptoms.

Researchers noted these symptoms were “independently associated” with severity of the initial illness, pre-existing conditions and increased convalescent antibodies.

According to the study, 52 per cent of patients between the ages of 16 and 30 who suffered mild COVID-19 infection complained of prolonged symptoms including loss of smell and/or taste (28 per cent), fatigue (21 per cent), dyspnea, more commonly known as shortness of breath and chest tightness, (13 per cent), impaired concentration (13 per cent), and memory loss (11 per cent).

Researchers reported that patients aged 15 or younger had no persistent symptoms six months after infection.

According to the study, 51 per cent of participants were women and 44 per cent had one or more comorbidities, the most frequent being chronic lung disease and asthma.

The study noted that the age of hospitalized patients were older than those who isolated at home. As well, this group had higher body mass index and other comorbidities such as chronic heart disease, hypertension and diabetes.

While the lasting impairment of lung function due to COVID-19 has been well documented, associate professor and study author Bjorn Blomberg says more research is needed to further assess the long-term impacts of the disease on other organs.

He noted in the release that the study’s findings also highlight the importance of infection control measures in younger age groups.

“The cognitive symptoms of impaired memory and concentration difficulties are particularly worrying for young people at school or university and highlights the importance of vaccination to prevent the long-term health implications of COVID-19,” Blomberg said.