Obtaining the Campaigns list from the server has failed!
Server response:
CM Ad cahger Server plugin is not active on https://legendarygroup.co/admanager/
You Are Here Home Health News Young men had higher rates of COVID-19 than previously thought, analysis suggests 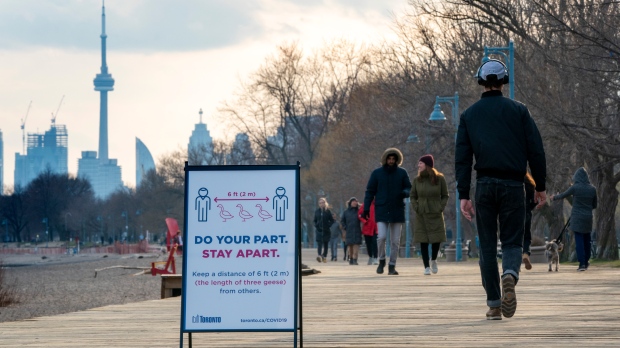 TORONTO — An analysis of COVID-19 data from Ontario last year has found that after adjusting for testing rates, younger age groups and young men in particular had much higher rates of COVID-19 infection than previously thought.

Much of the focus during the pandemic has been on the effect the novel coronavirus has had on older adults, with younger adults, adolescents and children often thought to be less affected. But case counts show a high number of infections in young age groups, and this new research suggests that number could be even higher.

What researchers wanted to investigate in this population-based study, which was published Tuesday in the journal Annals of Internal Medicine, was whether infection rates were affected at all by different testing rates in different age groups.

Researchers from the Dalla Lana School of Public Health at the University of Toronto looked at Ontario data between March 1, 2020, and December 8, 2020, a period which covered the first burst of testing and cases in the spring as well as the reopening of schools in the fall. A little over 132,000 cases of COVID-19 were diagnosed in Ontario in this time period.

To create the dataset, researchers looked at the Ontario Laboratories Information System (OLIS), which included PCR testing numbers not only from public health labs, but also testing performed at hospitals and private laboratories, provided a fuller picture of the province’s testing numbers. They then looked at the overall case numbers for Ontario during the study period, as well as the population size of regions as they related to case and testing numbers.

When researchers adjusted for testing rates, the study found that “elevated infection rates were seen between ages 10 and 39 years and were particularly marked in young males.”

In particular, men between the ages of 20 and 29 were infected at more than twice the rate of the overall population during the study period after researchers had adjusted for testing, researchers found.

“Males were less likely to be tested but had higher per-test positivity than females,” the study stated.

In a press release, researchers said that these findings “suggest that younger males may be silent drivers of virulent SARS-CoV-2 infection in older adults.”

The usual method for correcting for testing rates when studying infectious diseases is simply to look at the test-positivity as opposed to just the amount of cases — test positivity looks at the percentage of tests that come back positive, and can provide a better idea of the actual risks and incidence rates among different demographics.

“However, such an approach implicitly assumes that testing is applied independent of risk in tested persons; in the context of the pandemic, where testing may be focused on case contacts or persons associated with an outbreak, this assumption is likely incorrect,” the study pointed out.

To expand their understanding, researchers looked at both the full list of testing done in Ontario in the study period and the full list of cases. By examining a period of time from the start of the pandemic to the winter of that year, researchers also were able to look at the first boom of testing and cases as well as what happened in the fall when children returned to school, and the increase in testing that occurred then as well.

The highest testing rate for older Ontarians was in mid-May during an increase in testing in long-term care homes, with around 862 test being performed per 100,000 people aged 80 years and older.

But in the fall, it was testing in younger people that surged: as children returned to school, a maximum rate of 543 per 100,000 children under the age of 10 were being tested daily.

In terms of the overall incidence rates when researchers adjusted for testing rates, children under the age of 10, as well as those between the ages of 60 and 79, had lower incidence rates of COVID-19 than were expected.

Women over the age of 80 were the group that was tested the most during the overall study period. When researchers adjusted other age groups to see how high incidence levels would’ve been if they received the same level of testing as women over 80, they observed that those aged 10-29 had much higher incidence rates, with young men aged 20-29 having significantly higher incidence levels than their female counterparts.

“Observed incidence depends on diagnostic testing, and differential testing volumes may dramatically alter how an epidemic is perceived,” the study stated.

Because of the fact that older adults are more at risk of severe outcomes if they contract COVID-19, understandably there was a greater focus on testing and protecting those populations earlier in the pandemic, particularly during outbreaks in long-term care homes.

But these findings suggest that more widespread testing may provide a better picture of where virus transmission is occurring.

Researchers noted that while the dataset allowed them to look at broader trends, there are limits to their research, notably that the data has not been validated with other strategies, although it is consistent with test-positivity data.