Obtaining the Campaigns list from the server has failed!
Server response:
CM Ad cahger Server plugin is not active on https://legendarygroup.co/admanager/
You Are Here Home Health News Yukon government to end COVID-19 state of emergency 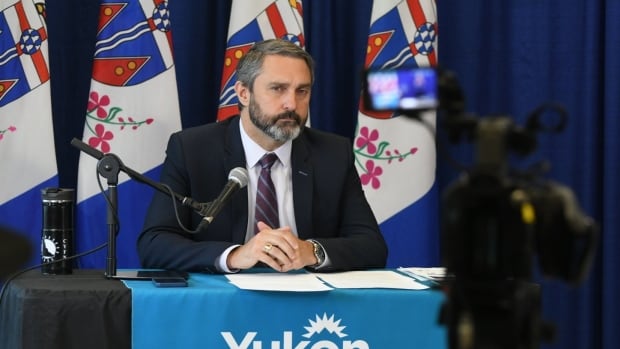 The Yukon government is ending its COVID-19 state of emergency, effective 11:59 p.m. Wednesday.

The state of emergency was originally imposed in March 2020, during the height of the pandemic’s first wave.

“We have learned so much about how to manage COVID since then,” Premier Sandy Silver said in a media briefing Wednesday.

With 82 per cent of the population fully vaccinated, and with nearly all positive cases now among the unvaccinated, health officials say they will now manage COVID-19 as an endemic disease while pleading with the remaining vaccine stragglers to get their shots.

“This is not a licence to abandon all measures, but rather a call for each of us to act responsibly,” said Dr. Christine Elliott, the acting chief medical officer. “This means that we can each assess our risk and take precautions accordingly.”

The government says it will instead rely on the Public Health and Safety Act to protect Yukoners. For example, the act gives the chief medical officer of health the power to order people who test positive for COVID-19 to self-isolate. The office can also order close contacts of positive cases to self isolate.

Elliott said officials prefer to use education over enforcement, but sidestepped a question about whether the government has the legal authority to force people to get tested for COVID-19.

“I really don’t want to get into all the technicalities of the Public Health and Safety Act because they are many,” Elliott said. But she said the government has the power in cases where there’s a risk of transmission to “ensure that the risk of transmission is stopped and we can use enforcement to do that.”

Silver also announced two new cases of COVID-19 on Wednesday. There are currently 36 active cases in the territory.

And Silver said there are still two positive cases of the delta variant in the Yukon. But he said both cases were contracted outside of the territory and are “contained.” Silver said the public was not exposed to the two delta cases, but did not elaborate.

Meanwhile, officials continue to deal with an outbreak of COVID-19 in Ross River. As of Tuesday, there were 14 active cases in the community of about 350.

“We continue to see person to person transmission in households” in Ross River, Elliott said, though she described the situation as “stable.”

“We do continue to see situations such as Ross River, where we have seen a surge in cases and we are seeing now a stabilization,” she said, adding that testing and vaccines are available in the community.

But last week the Ross River Dena Council painted a far less rosy picture of the situation. In an online update, the council described a complex web of social conditions that are making it difficult to tackle the outbreak. Those include substandard housing, addictions, and people with underlying health conditions.

The council also said there has been a lack of public health enforcement and educational, recreation and mental health services in Ross River, making the situation worse.

“COVID-19 announcements are often focused on Whitehorse and do not reflect Yukon’s rural reality, and therefore do not inspire our members to believe in the messages being delivered by other levels of government,” the council said.

The council also called for more rapid testing in the community.

Neither Elliott nor Silver would say whether the Yukon government would implement rapid testing in Ross River.

“There’s always going to be a level of a level of distrust of colonial governments in rural communities…. We completely understand that,” Silver said.

“But to say that our policies, that our efforts and mental wellness and education doesn’t reflect the individual needs of communities. I’ll disagree with you.”